Over 2.8m people in SA live with disability 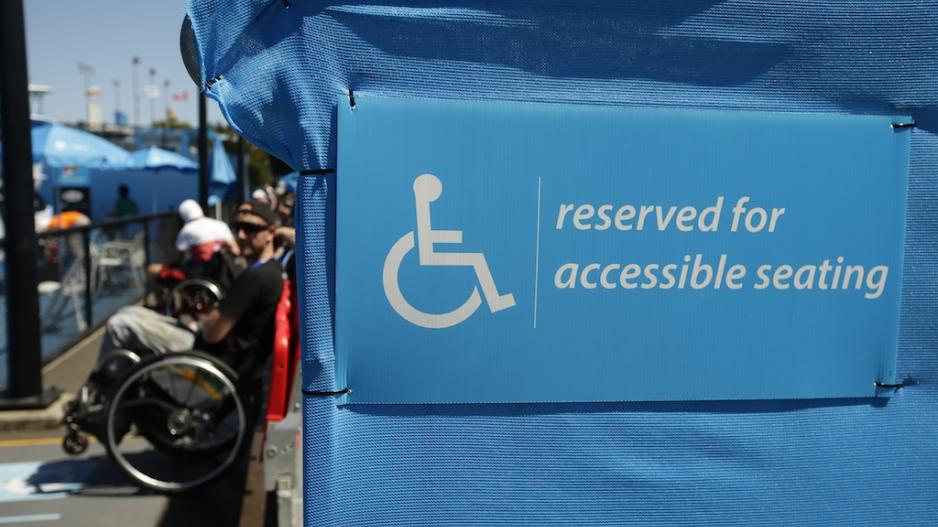 Sign showing the way for the wheelchair spectators area on one of the courts at the Australian Open Grand Slam tennis tournament in Melbourne, Australia, 23 January 2013.

JOHANNESBURG - In South Africa, 7.5 percent of the population (2,870,130 people) live with some form of a disability.

This is according to a Census 2011 report titled, &39;Profile of persons with disabilities in South Africa&39;. The report was released on Tuesday morning by Statistics South Africa.

The figure cited is an increase from the 2% of people living with disability that was reported in 2001. It&39;s been suggested that the increase in numbers was due to a change in evaluation methodology, which now incorporates a process of disabled persons reporting their afflictions in the census.

“The system of measurement is based on self-declaration. A different set of questions is being asked in the Census and this gives us a different process of measurement,” said Statistician-General Pali Lehola.

In the 2011 Census, people were asked if they had mild or severe difficulty in the six functional areas of seeing, hearing, communicating, walking, remembering and self-care.

The method of evaluation is based on an international standard adopted by the Washington Group on Disability Statistics and the United Nations Statistical Commission.

However, Disabled People of South Africa (DPSA) are disputing the figures released by Stats SA.

“This is a total fabrication of statistics because it doesn’t look at disability as a social issue,” Olwethu Siphuka, national spokesperson for DPSA, said to eNCA.com on Tuesday.

According to DPSA, the prevalence of disability is almost double the amount (14%) compared to the Stats SA figure of 7.5% he said.

Siphuka explained how this possible miscalculation could be devastating.

“Only 50% of people living with disabilities will be covered by the national budget.”

The DPSA’s method of evaluating the prevalence of disability is to look at their own membership figures as well as their door-to-door support efforts.

Lehola says the DPSA’s model is not an efficient method.

“It can’t be true statistically. It’s a flawed model as there is no way of independently verifying the figures,” he said.

Lehola did concede, however, saying that the Census model is limited in the sense that if the person did not declare their disability, it would not be counted.

“The instrument is not scientific, we don’t run tests on people, it all depends on self-declaration,” said Lehola.

Both Lehola and Siphuka agree that the cause of this is because people become disabled after working on mines.

“People from mining communities come back disabled and this is directly related to poverty levels,” said Siphuka.

Only 5.1% of disabled people obtain higher education, meaning that 94% of people get lost in the system.

This represents the most important challenge facing disabled people in South Africa, that being education, followed by employment and health, says Siphuka.

Not having a tertiary education reduces the chances of disabled people getting into business.

“People who are disabled don’t just want to live on grants. They want to go to work and support their families,” said Siphuka.

Stats SA and the DPSA are planning to meet next week to unpack the report and discuss it further.