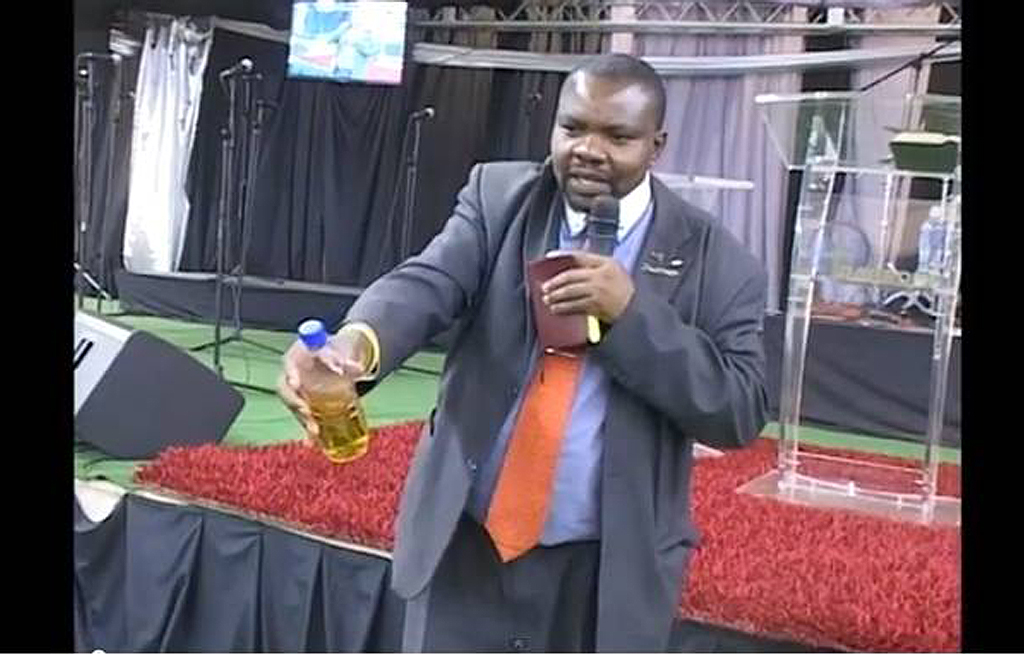 In YouTube footage, members of his congregation are seen clamouring desperately to have a drink of the petrol as the pastor preaches and encourages them.

Members of the church exclaim how "sweet" and "nice" it tastes, comparing it to "Iron Brew" and "pineapple juice".

A couple of them beg the pastor to "please give us some more".

According to healthline.com, petrol is poisonous to the body and ingesting it causes symptoms which include breathing difficulties, throat pain, burning in the oesophagus, abdominal pain, vision loss, vomiting (with blood) and bloody stools.

It also causes dizziness, extreme fatigue, convulsions, body weakness and unconsciousness, which members of the congregation appear to display in the video.

A few of the followers who consumed the &39;petrol&39;, ended up collapsing on the floor, displaying symptoms similar to those listed above.

* Watch the video in the gallery above and scroll to 07:15 min in the video to see the action.