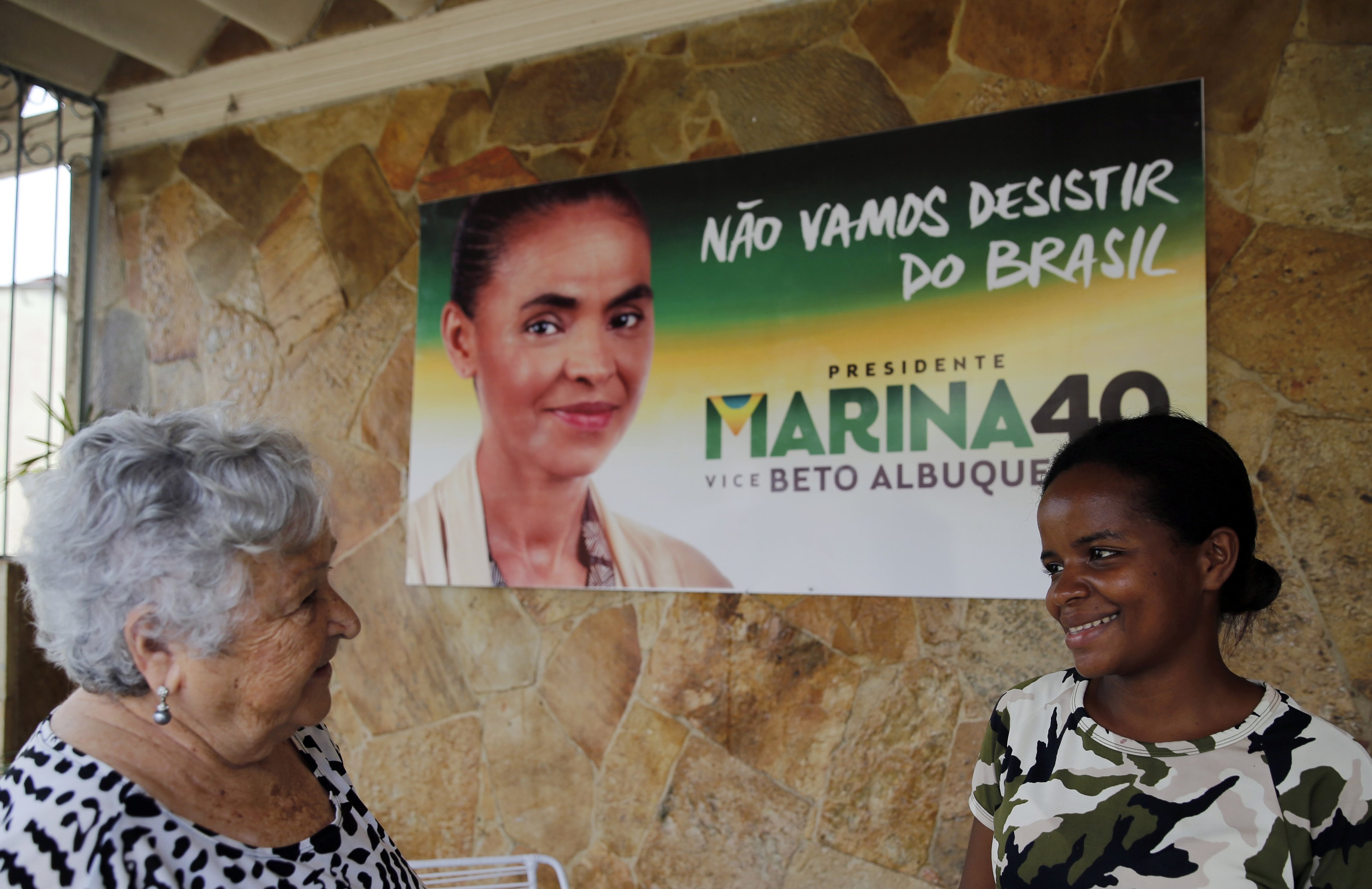 RIO DE JANEIRO - Born into poverty and a former maid who learned to read at 16, environmentalist Marina Silva on Sunday hopes to become the first black leader of Brazil, the world&39;s most diverse nation.

Yet the rubber tappers&39; daughter, running against President Dilma Rousseff, has generally downplayed the issue of race in the campaign --disappointing some observers.

Whereas in the United States, Barack Obama obtained 93 percent of black votes in his 2012 re-election, polls suggest Socialist Party candidate Silva will not even command a majority of black and mixed race Brazilians.

Rousseff may be a white middle-class woman, but on October 26 in the expected second round run-off she could garner 45 percent of black and mixed voters&39; ballots compared to 38 for Silva, according to an Ibope poll.

Many black voters give Rousseff&39;s Workers&39; Party (PT) credit for policies targeting social and racial inclusion that have boosted the standing of black and mixed race Brazilians more than any other policy going back to the 1888 abolition of slavery.

A census taken in 2011 just after the last election showed black and mixed race voters -- comprising 7.6 percent and 43.1 percent respectively of the 200 million population -- a narrow majority.

In a country with huge social inequality, and where being black is largely synonymous with being poor, it is Rousseff who draws the greatest support among the needy and least well educated.

Father Santos says social welfare programs such as the Bolsa Familia, a family allowance for parents who send their children to school, have made a huge difference.

"In 80 percent of cases they have benefited black and mixed race people," he says.

"The symbolism of Marina Silva is not enough. Even if she is promising to retain these policies, Brazilians prefer to stick with what they know when faced with a doubt." he says.

But Silva has only rarely addressed the issue of her own race, though she did once tell a meeting "you are going to elect Brazil&39;s first black president."

Mostly, she has concentrated on her underlying ambition to offer voters a "new politics" while keeping PT social policies in place.

"It would be extraordinary to have a black president. And Marina has every means of attracting the black vote -- yet she has not worked sufficiently to draw in this electorate," says Santos.

"If she gets to round two and highlights the fact she is black and a woman, those being the two most discriminated against segments of the population, she will have a chance. Otherwise, it&39;s impossible."

Although the slave trade saw some 4.5 million Africans taken to Brazil, the country has not known segregation, nor a US-style civil rights movement.

Yet Santos says that has not saved black and mixed race people from highly "sophisticated" discrimination.

In 1973, Brazil&39;s National Statistical Institute carried out a study into how people viewed themselves in terms of race.

A total of 136 different responses came back including "dark gray," "dirty white," "coffee," "honey" and "half black".

"The colonisers&39; strategy was to make black people deny their own identity and be ashamed of it," says Santos. "The black vote exists in Brazil. But it is diffuse and under construction".