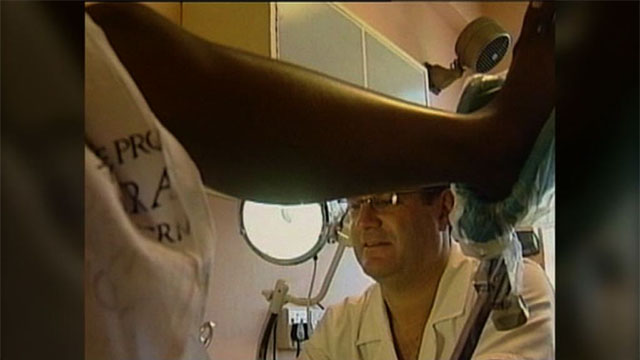 Despite progressive laws that ensure right to terminate a pregnancy, some experts say the health department is doing little to ensure that all women have access to adequate support.

They say it’s forcing women to risk dangerous illegal abortions for fear of judgment and abuse.

While women in South Africa have the right to terminate a pregnancy in the first or second trimester, Marion Stevens from Women in Sexual and Reproductive Rights and Health (Wish) says many of the services the health department is supposed to be providing are not up to standard.

“The department of health designates facilities for abortion and we need to understand that these are just surgical services," said Stevens.

"We are not even talking about medical abortion which is the pill that you can take. When the department of health was really doing well with implementation, we understood that 60 percent of designated facilities were operational, now I understand that we are around 40 percent.”

For those with access the procedure, the experience is a nightmare.

Dr Rebecca Hodes, who has done extensive research on the history of abortion in South Africa, says many women are mistreated by nurses because it becomes a moral issue instead of a health issue.

“What we are seeing is that nurses are -- in order to ensure that women never return for another abortion -- making it as unpleasant and painful and punitive as they possibly can," said Hodes.

"And one of the ways in which they are doing that is they are not giving women access to decent pain blockers, they are not counseling women adequately. You know because they themselves are not comfortable with termination of pregnancy.”

But Health Minister Aaron Motsoaledi has hit back.

“Many young girls are doing it two times a year, so nurses are not refusing, they are just overwhelmed because they believe this is not something that should be done as a routine," said Motsoaledi.

"It’s something that should be rare to save a few people.”

Stevens said she doesn&39;t know whether data is clear showing that a woman comes in twice a year for termination.

"It’s not a pleasant experience, it’s a loss, it’s very invasive, one doesn’t do it lightly and I really don’t think that is true.”

Hodes argues that illegal abortions are thriving because of the stigma surrounding the practice and poor public health services.

“The problem with the illegal providers is that the medication that they provide the women, Cytotech, which is provided in the health sector.

"It’s not being provided in the correct dosage, access to much bigger dosages which can lead to haemorrhaging, rupturing of the uterus, so it really is an extraordinarily dangerous procedure for women to go through," she said.

"Women are aware of that and they are still willing to face their prospective dangers because of how afraid they are of the health sector to access a free but safe abortion.”

The health department is about to embark on a massive family planning programme to reduce the number of unwanted pregnancies, especially among teenagers.

Stevens and Hodes have emphasised that the programme must empower women by providing several contraceptive options AND clear information on sexual reproductive health, without judgment.

But they also insist that services for women who decide that abortion is in their best interest need to improve – dramatically.