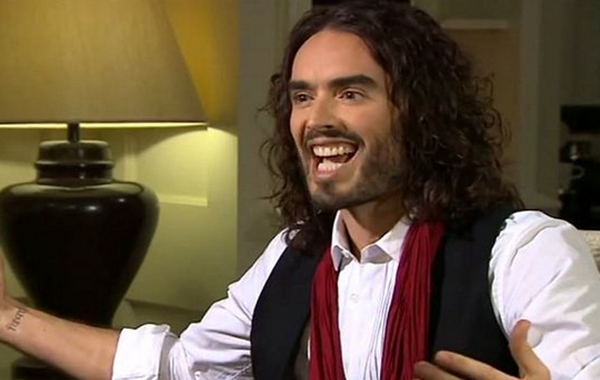 The British comedian was scheduled to fly from London Heathrow Airport on Thursday, but authorities barred him from boarding his Johannesburg-bound flight.

Brand’s publicist Debra de Souza said: “He couldn’t board the flight because he didn’t have two clear passport pages. We tried every option to get him on board, but rules are rules. There was nothing we could do.”

She said there were negotiations under way to get the international comic back to the country in mid-2014.

A recovering drug and alcohol addict with a reputation as a womaniser, Brand found fame as a comedian and later as a TV and radio presenter in Britain.

His fame expanded to the United States when he starred in Hollywood films "Forgetting Sarah Marshall" and "Get Him to the Greek", and as former husband to US singer Katy Perry.

Brand&39;s "Messiah Complex" tour, which is running until April next year, will also take him to Denmark, Norway, Sweden and Turkey, among other destinations.

The sold-out Messiah Complex SA Tour was scheduled for three shows at the Teatro at Montecasino on 16, 17 and 18 November and two shows at Artscape, Cape Town on Tuesday, 19 November 2013 and Wednesday, 20 November 2013.

Patrons should go to Computicket to get their refunds for their respective shows.

Hi @rustyrockets. If you think getting into SA is tough, try being South African getting into the UK. Join the queue and follow the rules!

@rustyrockets bro, as much as I love u, u never even left the UK, which means those authorities weren&39;t from SA ;o)