Sunday 'UFO' was a rocket 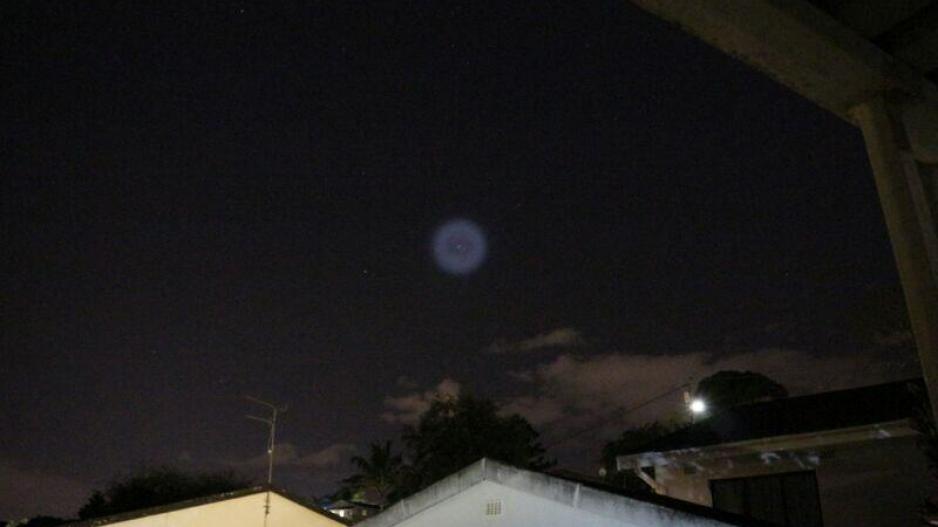 The Falcon 9 rockets dumps fuel at high altitude. The creation of a halo-like effect in the night sky was visible over South Africa and caused a lot of speculation amongst locals. Picture: Derek van Dam.

JOHANNESBURG - An object seen in the sky across the country on Sunday was a rocket and not a UFO as it was widely believed, a satellite tracking expert said on Monday.

Retired astronomer from Cape Town, Greg Roberts said: "What happened was that at 6pm our time yesterday [Sunday] a rocket, called Falcon, was launched from Vandenberg Air Force Base in California and carrying several satellites.”

"The rocket was designed by a company called Spacex which has former South African Elon Musk as founder and chief designer."

Roberts said the rocket was launched southwards from California towards the south-polar regions, which it passed over.

"Shortly after 7pm it apparently either vented or released rocket fuel still in its fuel tanks as the basic mission of placing several satellites in orbit had been achieved while over the Antarctic region and this produced the large halo-like object that people saw."

It was possible that the rocket could have been doing a rocket burn to slow down so that it would descend from orbit and burn up in earth&39;s atmosphere later.

Roberts said this was standard practice to avoid producing too much debris or junk in orbit.

"But in either case it was propellant or rocket fuel coming from the rocket itself."

Roberts said the venting or firing occurred when the rocket was at its maximum altitude of around 1600 kilometres.

That had been widely seen as it passed east of Durban and then passed over Madagascar.

"At about 7.04pm the event was basically over as the satellites and associated rocket entered the earth&39;s atmosphere [and] no longer reflected sunlight."

Social networks were abuzz on Monday morning with people from KwaZulu-Natal, Limpopo, Free State, North West, and Gauteng claiming to have sighted the object.