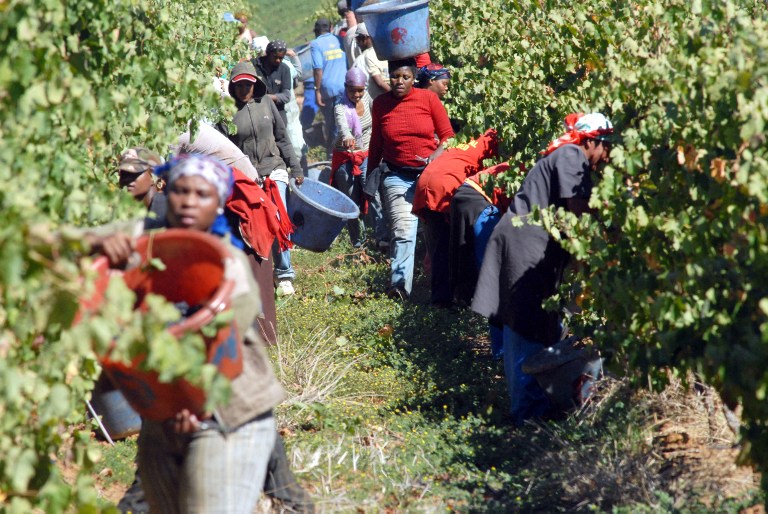 Farm workers in the Western Cape

Farmers who relied on rain to grow the staple food crop could expect to see yields drop dramatically in future, the council warned in its 2012/13 annual report, tabled in Parliament on Tuesday.

"Maize yields for both commercial and small-scale farmers are expected to drop by up to 60 percent within the next century if farmers continue to rely on rain-fed production.

"A staggering 96 percent of farms could be negatively affected by climate change."

Researchers had reached this conclusion after assessing the potential impact of climate change in the maize-producing regions around Bloemfontein and Thaba&39;Nchu.

Their results indicated that farmers would have to adopt new soil-water-nutrient conservation technologies, "or switch to crops more suited to the changing environment".

The council said commercial farmers would experience a 20 percent decline in future yields, while smallholder farmers would have "much higher yield declines of about 60 percent".

Overall, "farm return will decrease in the region, and this will have major implications for food and nutrition security in the region".