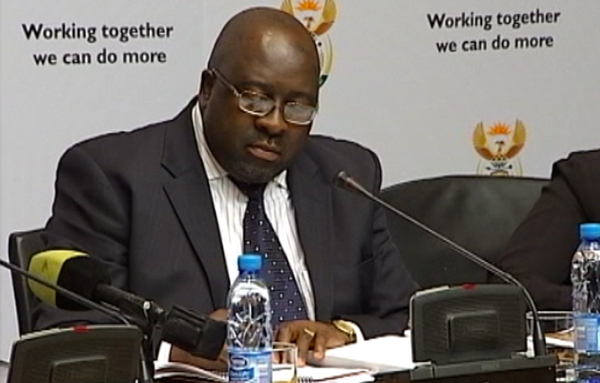 JOHANNESBURG - Nhlanhla Nene may be most famous for his very public and very embarrassing interaction with a chair in 2008, but to those in the know he is also a seasoned administrator.
Markets will welcome Nene&39;s appointment as finance minister because he signals continuity in a portfolio where he has been deputy to the trusted Pravin Gordhan since 2008.
* Watch the videos above to see what analysts think about the new Cabinet.
In addition Nene was also chair of Parliament&39;s Portfolio Committee on Finance -- a title that elicited some hilarity after Nene tumbled from a chair a few years back while being interviewed live on television.
Perhaps he should be in charge of a Standing Committee, one colleague quipped.
Nevertheless, the incident did nothing to diminish Nene&39;s reputation.
Nene will head up a "well-oiled machine" in the National Treasury, said Efficient Group chief economist Dawie Roodt.
"He doesn&39;t stand out. That&39;s the best part about him," Roodt told eNCA.com.
"He&39;s not some sort of maverick."
Roodt said it remained to be seen whether Nene would receive more support from President Jacob Zuma than his predecessor.
"My perception was that Zuma did not support Gordhan like [former president Thabo] Mbeki supported Trevor Manuel."
Investment Solutions senior economist Chris Hart said Gordhan was "highly regarded" but his departure would not raise any concern.
"The biggest issue with Cabinet is: will any new blood be coming in that is business friendly. The last Cabinet was hostile."
Hart listed the opposition to Walmart&39;s purchase of Massmart as an example of antagonism towards business.
The Walmart transaction was challenged in court by the Departments of Trade and Industry (dti), Economic Development (EDD) and Agriculture, Forestry and Fisheries (DAFF).
Hart said he was not encouraged by the "radical approach" suggested by Zuma in his inauguration address on Saturday.
However, he was optimistic that Nene would have a more unifying approach.
"He listens to people to engage with them -- the minister needs to do that with the business community."
* Watch eNCA reporter Leigh-Anne Jansen&39;s video report on new finance minister Nhlanhla Nene being given one of the country&39;s most important jobs in the gallery above.