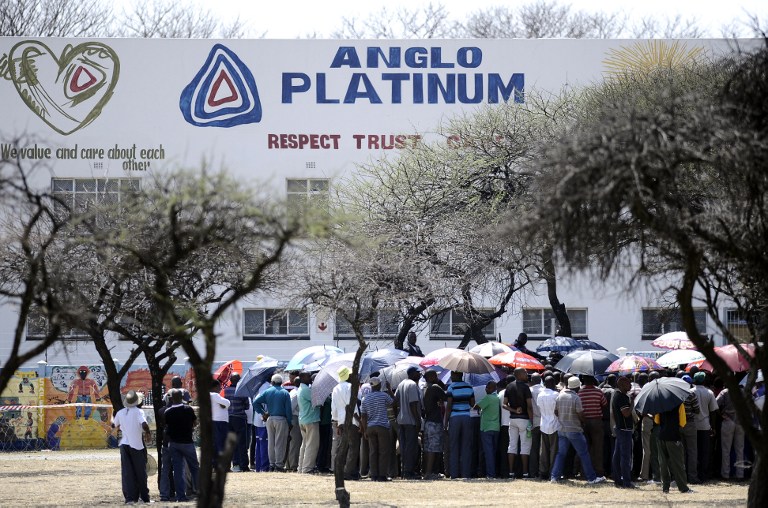 picture taken on October 5, 2012 shows striking mine workers gathering outside the Anglo American Platinum (Amplats) Mine in Rustenburg.

JOHANNESBURG - Strike action across several industries has affected the country’s economy with no end in sight.

Millions of rands were lost in production on a daily basis.

As a result, more than 3000 platinum workers near Rustenburg are expected to receive their retrenchment notices on Monday.

Meanwhile, wage talks in the gold sector have deadlocked as 70 000 members of the National Union of Mineworkers prepare to down tools on Tuesday.

They are demanding wage increases of 60% while the employer has only stuck to six percent.

The workers would be joining another 90 000 NUM members striking in the construction industry, who are demanding a 40% wage increase.

The strike in the automotive industry is now entering its third week.

It is estimated to cost the economy R 700-million a day.

However, the planned strike by the petrol attendants in the motor industry has been put on hold.

If talks fail, then 72 000 petrol attendants will strike from next week.

Meanwhile, the strike at South African Airways is now in its second week.

All parties are due to meet the bargaining council on Monday in a bid to reopen negotiations.