South Africa still counting the cost of the 2010 World Cup 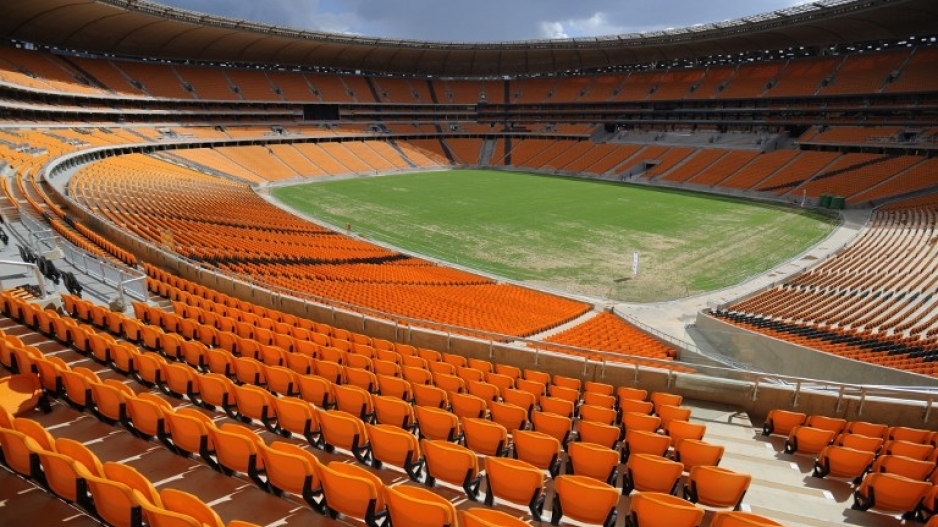 A general view of the Soccer City Stadium ahead of the 2010 World Cup football event in Johannesburg on October 21, 2009.

JOHANNESBURG - South Africa&39;s vuvuzelas will be quiet when the football World Cup kicks off in Sao Paulo on Thursday.

Four years after the tournament first came to Africa, many see the global event as a poisoned chalice for its host.

Diehard South African fans will no doubt tune in to the games in Brazil, but gone are the flags flying from car windows, the colourful hard hats, and those ubiquitous plastic trumpets.

Apart from nostalgia little is left of the optimism that swept the country, symbolised by a beaming Nelson Mandela taking to Soweto&39;s Soccer City pitch in a golf cart for the final.

"It really united a lot of people, and it brought a lot of excitement," remembers informatics student Sihle Dube, 20.

That intangible unity meant a lot to a nation still grappling with centuries of racial segregation.

But it was short-lived.

"National unity, national pride that we had in the World Cup and everything else -- I think that probably wore off about three years ago," said political analyst Dale McKinley.

"A few months after the World Cup there might have been that sense, but now the day-to-day realities take over."

National team Bafana Bafana failed to qualify for Brazil, and the focus has shifted instead to the high costs of hosting the tournament and what South Africa got out of the deal.

But while South Africans footed the $3.5 billion-bill, most people can&39;t access the impressive infrastructure and some of the stadiums are little more than white elephants.

The vast sums of money would have been better spent on schools or other development projects, said public management student Lerato Nxumalo, 21.

"People from (poor) locations and the rural areas, they didn&39;t benefit at all," she said.

"The benefits of the Word Cup are similar to the economy of South Africa, which is very unequal," said McKinley.

The Gautrain ferries thousands of commuters daily between the capital Pretoria and commercial hub Johannesburg or on to OR Tambo international airport.

But all this only serves the country&39;s comparatively small middle class, said McKinley.

"The poor, the working class people, don&39;t benefit. They can&39;t even afford the Gautrain. In the context of the stadiums most people can&39;t afford the prices to get into the concerts," he said.

Forty percent of households still live in townships, areas formerly reserved for blacks, which are characterised by underdevelopment and poor water and electricity services.

The prospect of a similar dubious legacy has already overshadowed the tournament in Brazil, where protesters have taken to the streets to question spending on stadiums despite so many other pressing social needs.

"Strip out the emotion of the event, and it&39;s clear that financially this left a nasty hangover," the country&39;s Sunday Times noted recently.

"Spending far exceeded the economic benefits, as FIFA gave South Africa only a fraction of the ticket sales in exchange for hosting the event."

Tourist figures have broken one record after another, falling just shy of 15 million last year. Many of these were Brazilians, who previously weren&39;t common visitors to Mandela&39;s Rainbow Nation.

But whether this was thanks to the country&39;s exposure through the World Cup or the steep slide in the value of the national currency since 2010 is less certain.

Most stadiums are running at a loss, and Soccer City is arguably the only one that has managed to recuperate funds.

Municipalities struggle to maintain the others and face calls to demolish expensive sporting arenas, such as Cape Town&39;s Green Point Stadium, which fail to attract the crowds.