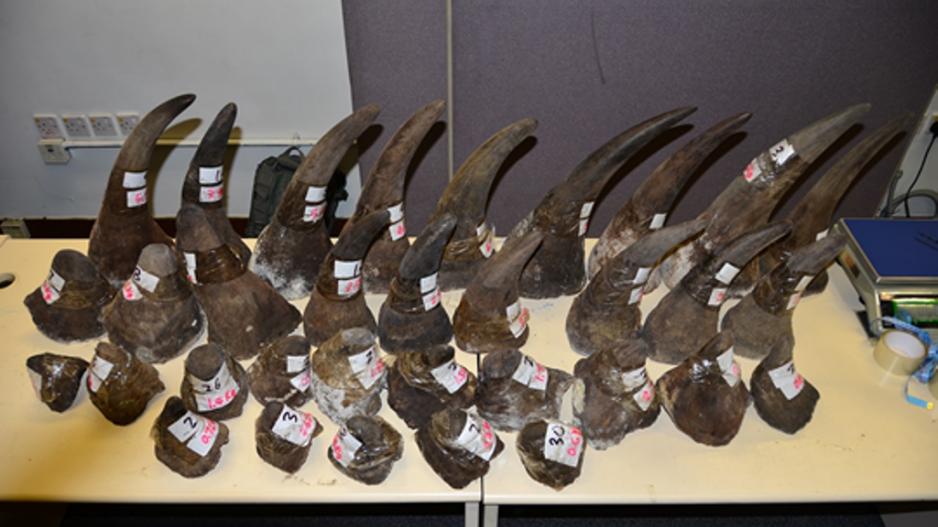 JOHANNESBURG – South Africa’s Big Five and vast diversity of wildlife have for years been a major tourism drawcard for the country. With more than a dozen national parks and many private game reserves, wildlife tourism is big business.

According to South African Tourism, tourist arrivals from Europe alone exceeded 1,3-million last year with the majority of European visitors coming from the UK and Germany.

In 2014 rhino poaching was declared a national priority crime and the fight to curb poaching is now led by an interdisciplinary approach involving the police, the defence force and the Justice Department.

Due to this intervention, the rate of rhino poaching has declined slightly in the Kruger National Park which has always been the hardest hit area.

Minister of Environmental Affairs Edna Molewa said: “Between January and the end of August 2016, a total number of 458 poached rhino carcasses were found in the Kruger National Park, compared to 557 in the same period last year. This represents a 17,8 percent decline in the number of rhino carcasses.”

Molewa said there are now indications however that the success of anti-poaching efforts in the Kruger National Park has led to poaching syndicates shifting operations to other provinces.

Rhino poaching will be a hot topic of conversation at the 17th Conference of the Parties to the Convention on the International Trade in Endangered Species of Wild Fauna and Flora (Cites CoP17), which opens on Saturday.

The world wildlife conference runs from September 24 to October 5 and will bring an estimated 3,500 delegates to the Sandton Convention Centre to consider more than 120 documents.

South Africa is the host for this year’s event and earlier this week Minister of Environmental Affairs Edna Molewa said the conference is an opportunity for South Africa to showcase the country’s rich biodiversity and conservation initiatives.

The World Wildlife Crime Report 2016 is a 101-page report compiled by the UN Office on Drugs and Crime and includes the latest trends and insights into the global issue of wildlife trafficking.

Below is a list of 10 key points from the report summary about the global problem of wildlife trafficking:

Why wildlife trafficking is thriving

“Wildlife trafficking involves many distinct markets, each with its own drivers and dynamics.”

“Some illegally traded forms of wildlife feed primarily into illegal retail markets, such as ivory; others, such as rosewood, are mainly retailed though legal outlets, despite their illegal origin.”

“Case studies show that when illegally traded wildlife is introduced into legal commercial
streams, criminals have access to a much larger source of demand than they would have had on the black market alone.”

“There are millions of species for which international trade is not regulated, and certain cases reviewed for this report suggest that these species can be legally traded internationally, even when harvested or exported contrary to national law.”

In an address to media earlier this week Molewa said that South Africa would be submitting proposals to amend the lists of species subject to Cites trade controls.

“Similar to other sensitive products such as firearms, pharmaceuticals, or antiquities, protected species can be legally traded internationally if accompanied by the appropriate paperwork.

“Permits for around 900,000 legal shipments of protected wildlife products are issued annually, and case studies show that permits acquired through forgery, fraud or corruption have been used to traffic wildlife.”

6. Ports of entry are enforcement hotspots

“Seizure data show that most enforcement activities to combat international wildlife trafficking take place at ports of entry, rather than in domestic markets, and thus customs agents form the front line of enforcement in many parts of the world.”

This is true for South Africa in terms of rhino poaching with ongoing training of border officials to detect smuggling incidences at South Africa’s major international airports and border posts.

7. Harvesting adds to the problem

“Cases reviewed for this report indicate that informal harvesting practices can allow internationally protected wildlife to be illegally introduced into commercial streams."

8. Complicity of zoos and wildlife farms

“Case studies suggest that some wildlife farms, captive breeding operations, or even zoos may play a role in laundering illegally acquired wildlife.”

“Some high-value species reviewed for this report appear to have become the object of speculation, where price becomes detached from retail demand, complicating generalised demand reduction campaigns.”

10. The impact of violence and war

“Volatility affects some key wildlife commodities, making it extremely difficult to calculate the criminal revenues associated with wildlife trafficking as a whole.”

According to the World Wildlife Crime Report 2016 nearly 7,000 species have been accounted for in more than 164,000 seizures affecting 120 countries.

Yuri Fedotov, executive director of the UN Office on Drugs and Crime says in the foreword to the report: “There is increasing recognition of the dangers wildlife and forest crime pose not only to the environment but to the rule of law and stability, and of the potential for the criminal proceeds to fuel conflict and terrorism.”

The report also suggests a number of solutions that could be introduced to reduce illegal trade.

Below are a few recommendations:

“Illegal trade could be reduced if each country were to prohibit, under national law, the possession of wildlife that was illegally harvested in, or illegally traded from, anywhere else in the world.”

“The current international controls regulating trade do not extend into national markets, so domestic environmental laws should be expanded to provide protection to wildlife from other parts of the world.”

“Technical and financial assistance to range states should be further enhanced to strengthen their criminal justice responses to wildlife crime, including tracing and recovering the proceeds of crime.”

“The increased use of wildlife forensic science can contribute to the identification of species and the design of targeted law enforcement responses.”

5. Better tracking of goods from source to destination

“Commercial traceability mechanisms should be strengthened to ensure supply chain integrity from source to destination markets.”