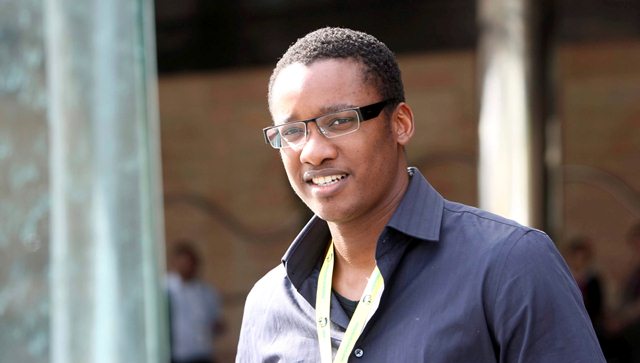 President Jacob Zuma's son Duduzane was expected to be questioned by police this week after he allegedly crashed into a taxi which killed a woman and critically injured two other people, the Sunday Times reported.

He has been entangled in the Gupta Family state capture scandal along with his father.

Here are a few facts you may not know about him:

2. He has a twin sister  and she is Duduzile (Dudu) Zuma.

3. His mother, Kate Mantsho died in 2000. Kate reportedly died after taking on overdose of sleeping pills and malaria medication. She was 44-years-old and she had been married to former president Jacob Zuma for 18 years.

4. Duduzane Zuma resigned as the director of Oakbay Investments and Oakbay Resources and energy, which he administered with Gupta brothers: Ajay, Atul, Chetali, Arti, Verun and Rajesh. He was also the director of at least 11 other companies that include Tegeta Resources & Energy, as well as Shiva Uranium. Tegeta Resources and Energy was mentioned in former public protector, Thuli Madonsela&39;s state of capture report. He has since sold his shares that he owned in these companies.

5. In 2014, a woman died after he drove into a minibus taxi in Sandton. Three other people were injured on the scene. Reports say that he was speeding in his Porsche, which led to the death of Phumzile Dube. National Prosecution Authority Shaun Abrahams, is reconsidering charging him for culpable homicide.

6. He married Shanice Stork in 2015. The wedding was a held at a luxury venue at the Zimbali Lodge in Ballito.

7. In 2015 he applied for permanent residency in the United Arab Emirates.

8. In an interview with the BBC he claimed that he ‘was not born with a silver spoon in his mouth’ , despite gaining from Gupta-controlled companies and his father, Jacob Zuma.

9. It was reported that he allegedly created his own fake news after he wrote a letter posing as ex-CEO of Oakbay energy Nazeem Howa to the Sunday Times. The letter blamed racism for Duduzane’s involvement in state capture.

10. In 2017 he wrote an angry open letter to former finance minister, Pravin Gordhan, stating that Gordhan misused his power to close all his bank accounts.