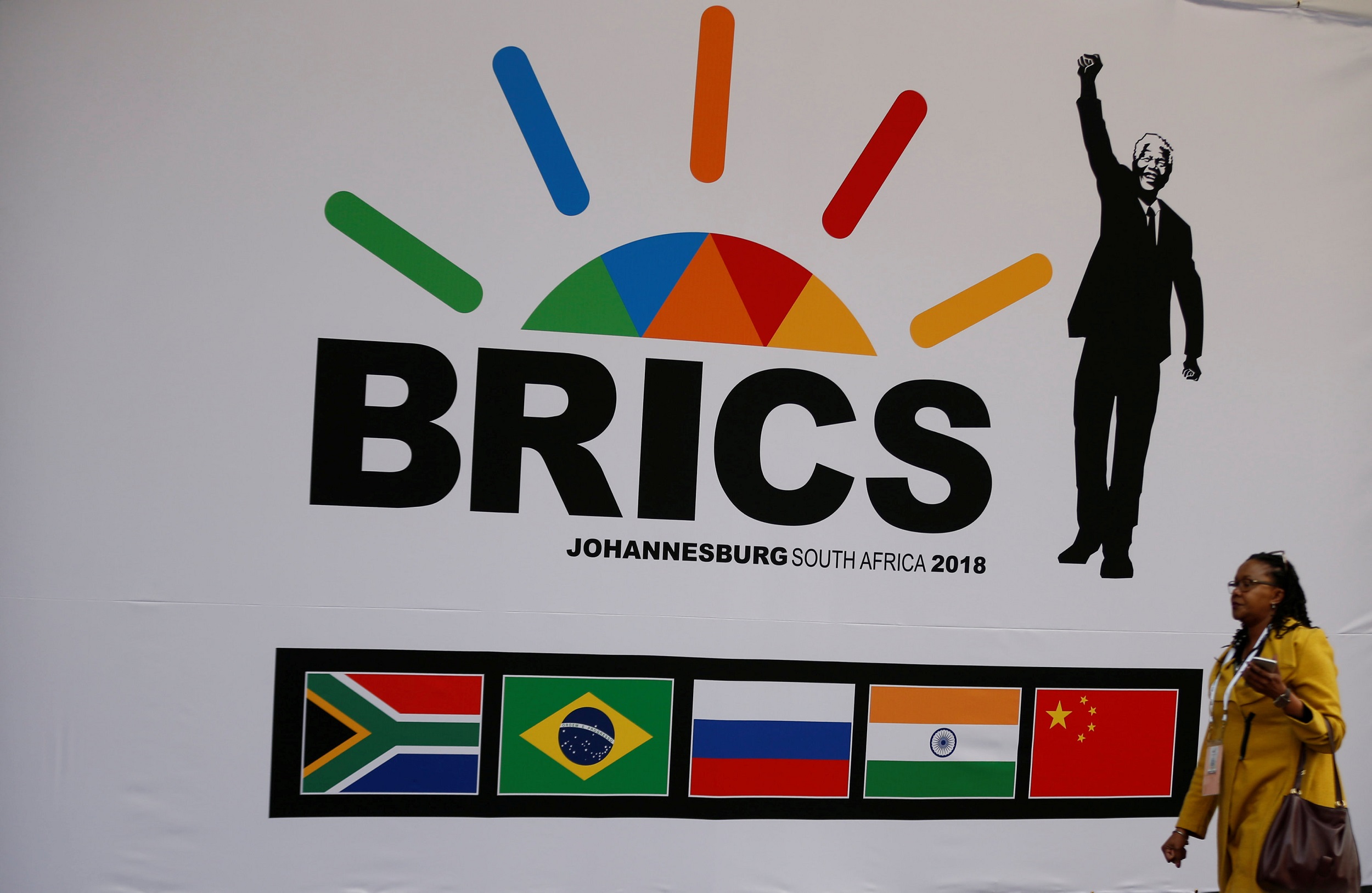 A delegate walks past a BRICS banner ahead of the 10th BRICS Summit in Sandton.

JOHANNESBURG - Leaders of the Brics emerging economies -- Brazil, Russia, India, China and South Africa -- will gather in Johannesburg on Wednesday for a three-day meeting focused on the threat of a US-led global trade war.

Xi held talks with South African President Cyril Ramaphosa on the eve of the gathering, saying that "the Johannesburg summit has special significance for Brics cooperation in the new circumstances".

The Brics group, comprising more than 40 percent of the global population, represents some of the biggest emerging economies, but it has struggled to find a unified voice -- as well as achieving sharply different growth rates.

READ: SA scores big as it sets the stage for Brics meeting

Xi arrived in South Africa after visiting Senegal and Rwanda as part of a whistlestop tour to cement relations with African allies.

Signalling diplomatic rivalry over influence in Africa, India&39;s Modi visited Rwanda and Uganda on his own five-day tour of the continent including the Brics summit.

The meeting opens on Wednesday afternoon with a business forum, before the heads of state hold talks on Thursday.

Turkish leader Recep Tayyip Erdogan will also attend a summit as the current chair of the Organisation of Islamic Cooperation (OIC) and will meet Putin on the summit&39;s sidelines.