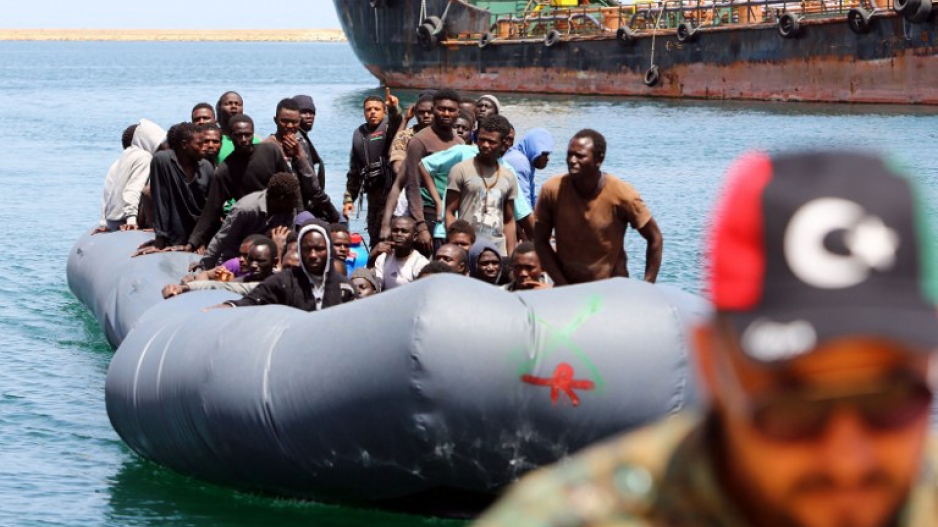 Navy spokesman General Ayoub Qassem said the gunmen in a speedboat chased the dinghy on Friday, boarded around five nautical miles off the Libyan town of Zuwara and stole the migrants' possessions.

The migrants from sub-Saharan Africa, including 27 women and two children, were stranded at sea for several hours before being rescued by Libyan coastguard alerted by a local fisherman, he told AFP.

In the first three months of 2017, more than 24,000 migrants arrived in Italy after making the perilous crossing from Libya, up from 18,000 in the first quarter of last year, according to the UN refugee agency UNHCR.