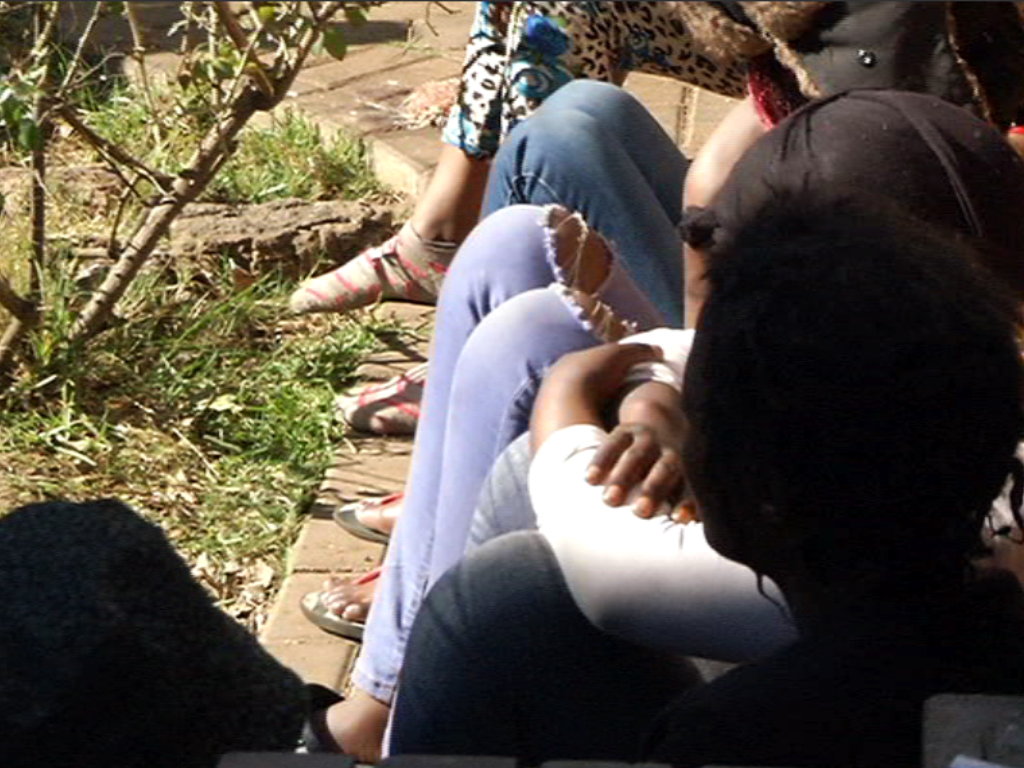 Kempton Park, 15 July 2016 - Sixteen South African girls, drugged and used as sex slaves for up to nine months, have been rescued. Police found them in a house in Kempton Park on friday.

JOHANNESBURG -- Sixteen girls have been rescued from a human trafficking ring in Kempton Park, in Ekurhuleni.

The three bedroom house, with a large garden, is situated on a quiet street in the suburb.

The girls told officers they endured sexual abuse at the hands of hundreds of men, the youngest just 15-years-old.

Some were kidnapped and others lured with a promise of jobs.

“The 15 year old girl was saying to me she was brought here by Nigerians – two weeks back and they promised her they were going to give her a job – that’s how she got here. She even said she doesn’t know the place, she is just caught up here,” said Gauteng police commissioner Major General Suzan de Lange.

She added, “The other one said she was brought here by a friend and another said she was kidnaped. Most of them the whole story is that they were promised a job.”

Inside the house, new and used condoms were strewn across the floors.

The filthy bedrooms had more than one bed and there was a mattress in a corner in the kitchen.

The young women told Hawks and South African Police Service (SAPS) officers that they were abused, drugged and starved.

They say they were forced to sleep with over 15 men a day each and the clients would pay between R50 and R70.

“These girls are coming from around the country. Some from Soweto and they are so small and they parents don’t know that their girls are here. When they are here they are being used by men,” said Hawks head Lieutenant General Berning Ntlemeza.

“So it means it is a destruction – we are not going to have kids in this country if we are going to allow this. We are at war now.”

Police officers, who arrested four men, found drugs and pornographic material as they swept through the house collecting evidence.

The young women sat outside the house crying and comforting each other as they told of their capture and abuse.

Their rescue came as part of the Hawks and SAPS’ Operation Expose.

The operation has been to Durban and Sandton but authorities are mum on where to next only saying it will be across the country.

“We arrested a lot of people today – Boksburg and Kempton Park, this is the start. We are moving and we are going to deal with drugs in this country," said Ntlemeza.