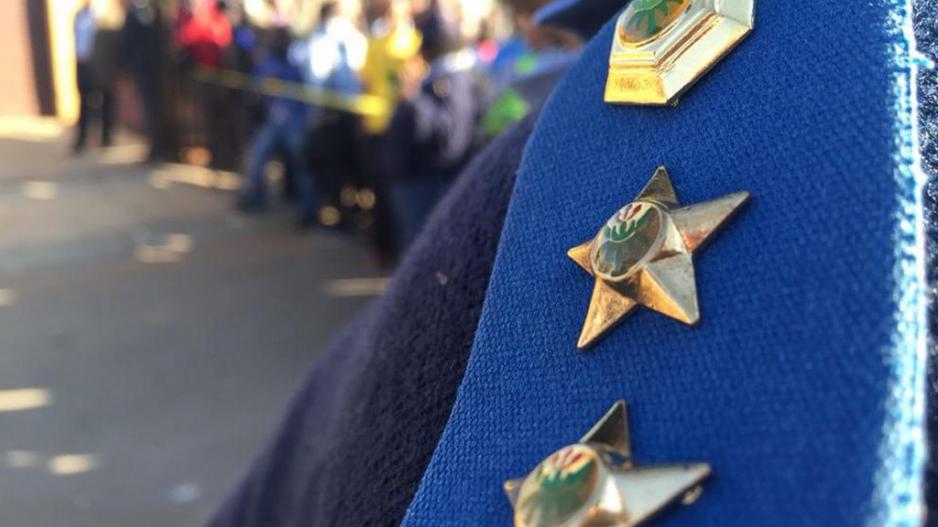 Close-up of an SAPS police epaulette.

FICKSBURG - Ten police officers and five Home Affairs officials are among 18 people arrested for fraud and corruption in Ficksburg in the Free State.

They were nabbed at the border with Lesotho.

The Hawks,  the SAPS, Crime Intelligence and Home Affairs conducted a raid, after 12 months of planning.

Money and watches were confiscated.

It's alleged the suspects were supplying fraudulent permits and passports to Basotho nationals.

The suspects have been charged with contravening the Immigration Act.

“These arrests are as a result of a joint operation involving members of the Hawks and the SAPS in an ongoing crime intelligence operation to combat cross-border crime at the Ficksburg port of entry into Lesotho," Acting National Police Commissioner Spokesperson, Athlenda Mathe confirmed.

"During the investigation, the team received information that some of our members were involved in extorting money from Lesotho nationals who don't have the correct documentation and in some cases, assisted these nationals to cross the border without the documentation required.

"They were then observed and it became evident that our own members were implicated," she added.