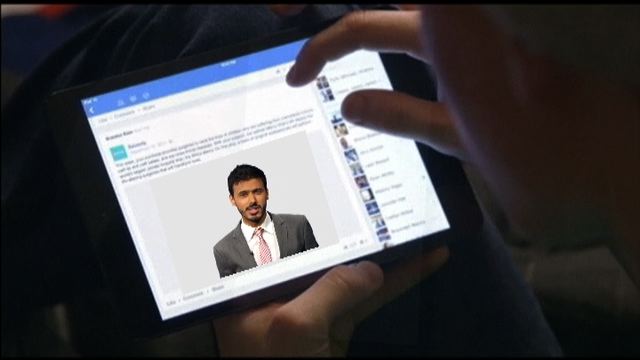 08 October 2015 - Its part of the governing party's social media strategy, which includes engaging people on Twitter and Facebook. But as eNCA's Yusuf Omar reports, social media revolves around conversations, and not speeches.?

For some newsrooms it’s about cost cutting. For others, mobile offers more…mobility. At eNCA, MoJo or mobile journalism is about telling more engaging stories, faster.

With events like the FeesMustFall and NationalShutDown movements, mobile journalism opened the doors for students to share their insights and stories.

Yusuf Omar climbed the Drakensberg Mountains with a group of rape survivors. The trek symbolised their daily physical and mental challenges, and filming with a mobile allowed for intimate interviews and mobility on the slopes. The hikers aim to conquer Everest Base Camp in 2016.

Unicef is using virtual reality technology with cellphones to take politicans into Ebola regions and Syrian refugee camps. We filmed this story iPhoneOnly at the United Nations General Assembly in New York.

We’re hiring 12 mobile journalism interns. But it’s not fair asking them for MoJo stories without producing the promo on a cellphone too!

The Virgin Active gym may wish to forget 2015. Remember when they called police to remove a Houghton member because he wore a pro-Palestinian T-shirt? We captured the moment on a cellphone.

We flew to New York for Trevor Noah’s opening night on The Daily Show. But Comedy Central made it clear that we couldn’t bring broadcast cameras anywhere near their studios. No one said anything about mobiles…

Again on the guerilla journalism front, SABC have the rights to cover the Comrades Marathon every year. They deploy dozens of cameras and satellite trucks across the 89km route. Yusuf Omar ran with a cellphone and broadcast live using a 4g signal.

"Mobile journalism is both about content shot with a mobile, and producing made-for-mobile storytelling, like this 360 degree video. Try out our virtual reality experience of the unprecedented marches in South Africa’s democratic history. This plays best via the YouTube app on cellphones, or in Google Chrome on a desktop.

MoJo sounds like fun, but is it appropriate for big political stories and dull conferences? Well, yes. Here&39;s a piece from the ANC&39;s National General Council earlier this year.

South Africa has some of the world’s most deadly roads. We highlighted the leading crash causes with a road trip and a cellphone.