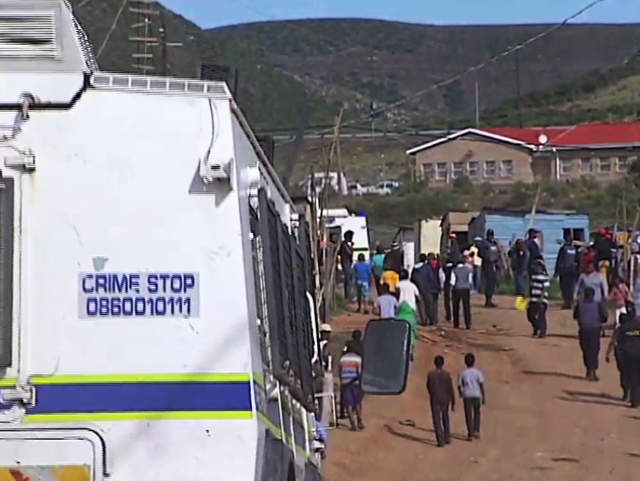 Reinforcements have been rushed in from around the Eastern Cape in response to the killing of a Somali shop owner with the other injured.

Teams of officers conducted a house-to-house raid throughout the township on Friday.

The search began from shack to shack in search of illegal weapons, drugs and stolen property.

Mirinda Mills from SAPS said: "We are looking for specific suspects which is related to what has happened this past week."

In reaction to the police presence, the community has taken their anger out on the law enforcement officers.

They are also angry that police have prevented them from acting against a gang blamed for the spike of robberies and murders in the area.

While the search is underway, foreigners have opened cases at the local police station.

Shop owner Norr Ali said: "My shop has been looted; I have lost all the stock... the fridge, I have nothing to do now... we are just sleeping on the streets."

The streets of Booysens Park have remained calm for now, but police are keeping a high visibility in the area.