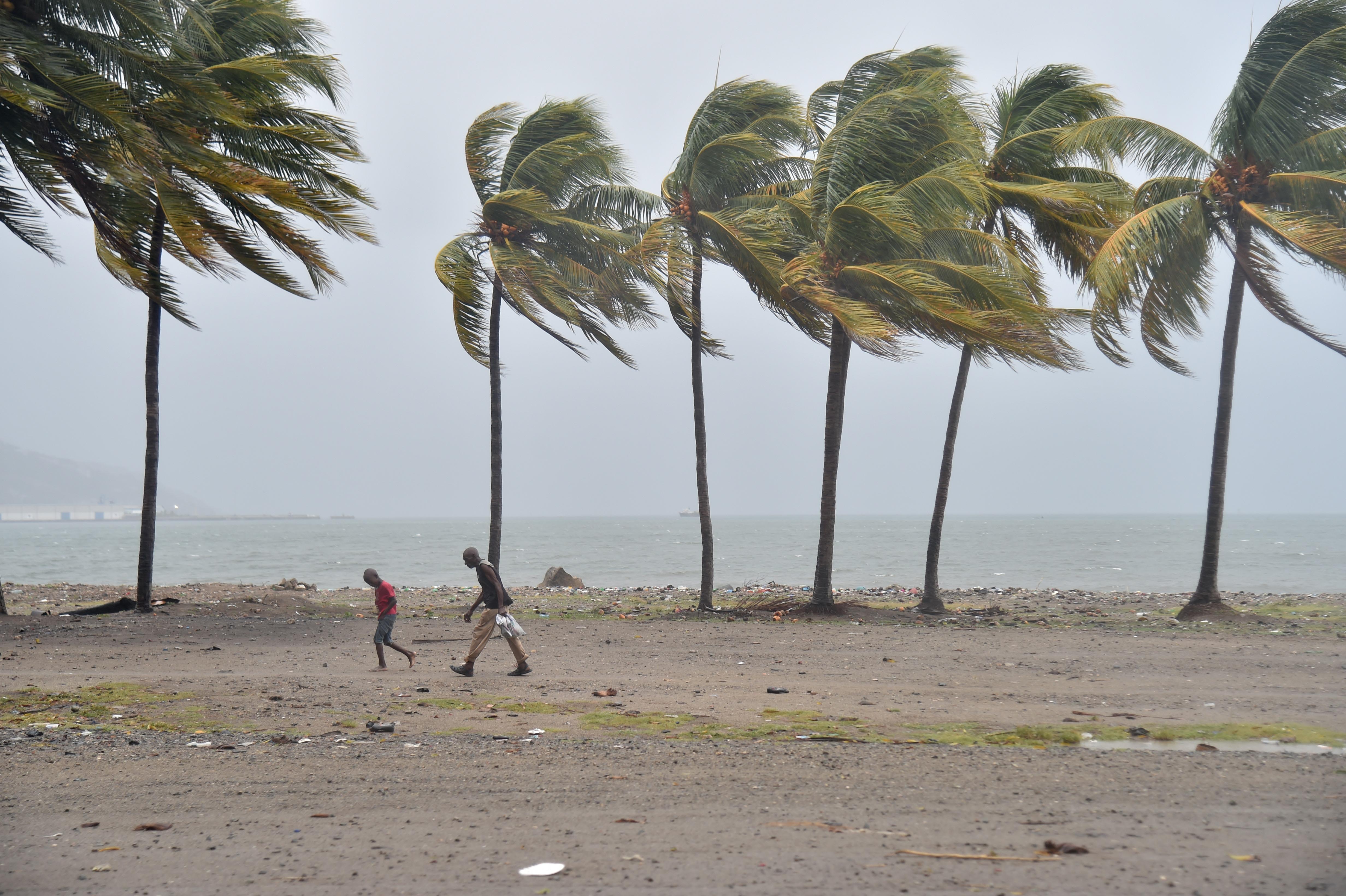 Haitian people walk through the wind and rain on a beach, in Cap-Haitien on September 7, 2017, as Hurricane Irma approaches. CREDIT: HECTOR RETAMAL / AFP

PORT-AU-PRINCE - About 40 people remain missing after a migrant vessel sank off the northern coast of Haiti, authorities said on Monday.

Nine people have so far been rescued by search teams scouring the seas off the island of La Tortue, Haiti's civil emergency agency said, adding they were pessimistic about the prospect of more survivors.

The vessel sank after leaving La Tortue on Sunday for Providenciales island in the northern Turks and Caicos archipelago, 200 kilometers to the north.

According to the survivors, three of whom were hospitalised on their return to Haiti, the vessel was carrying 50 people when it sank.

In a country where more than 60 percent of the population lives on less than $2 (R26) a day, there are frequent attempts to reach the Bahamas or Turks and Caicos illegally.

Over the past five years, thousands of young Haitians have migrated to Chile or Brazil, countries where visas are more easily obtained.

Although Haitians historically have gone to the United States and to Florida in particular, the flow of migrants has shifted to Canada and other neighboring countries.

Since a devastating earthquake in 2010, about 60,000 Haitians have found temporary protected status in the United States.

But US President Donald Trump's administration has said that status will expire at the close of 2017.