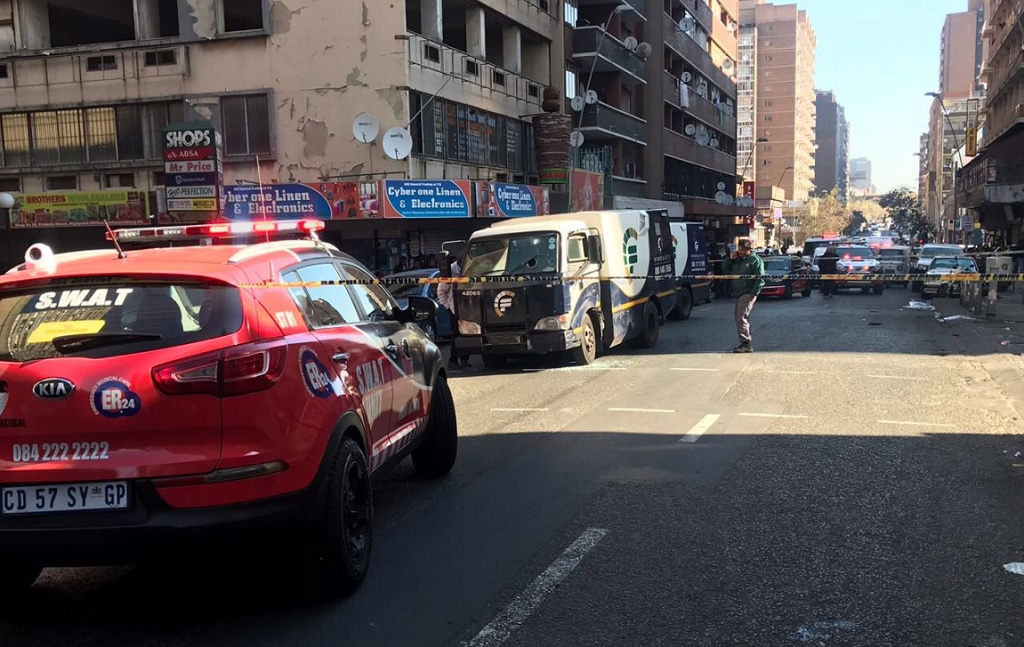 File: The ANC would lay criminal charges against racist South Africans at the Hillbrow police station in Johannesburg.

JOHANNESBURG - A police officer has been shot dead during a cash-in-transit (CIT) heist in Hillbrow in central Johannesburg.

Two security guards and two bystanders were wounded in the Thursday’s incident.

sapsHQ Suspects arrested, police member fatally wounded following attack on cash van in Hillbrow. Acting PC, Lt Gen Mfazi, has expressed his dismay at the killing of one of our own in blue in a shoot-out with armed CIT robbery suspects earlier today. MEhttps://t.co/0qfZwvjmgv pic.twitter.com/faA59AyUyv

Police said suspects fired shots at a parked CIT van and fled the scene with an undisclosed amount of money.

A shootout ensued when officers pursued the getaway car.

Six suspects in total were arrested.

Another CIT in Hillbrow happened few seconds Ago pic.twitter.com/yHz5Zf8ao0