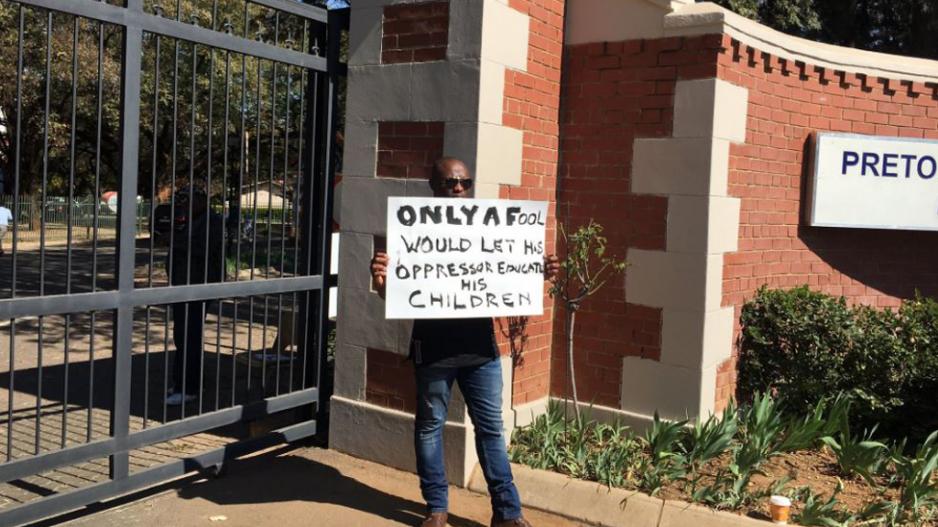 Authorities are probing Pretoria High School for Girls, after racism allegations surfaced against the institution. Pupils say their blackness is being discouraged.

PRETORIA -  John Robbie, host of the breakfast show on talk radio 702, came under fire on social media on Monday for comments he made during a discussion with a former pupil of Pretoria Girls High.

Pupils have called the school out on its rules for the hair of black girls, which they say are symptomatic of racism at the school.

I think people like John Robbie don&39;t seem to understand that the issue is bigger than just hair stopracismpretoriagirlshigh

John Robbie is the reason I no longer listen to @Radio702 in the mornings. StopRacismAtPretoriaGirlsHigh .

In the interview Robbie spoke to Mishka Wazar, a journalist for the Daily Vox website and former pupil of Pretoria Girls High, who visited the school on Monday morning.

In the discussion Wazar said some of the school&39;s rules are nonsensical and outdated.

Wazar said when she and others had questioned the status quo they had been told that the rules were there to protect tradition. She questioned whose tradition was being protected.

The former pupil also said there was a culture of silencing dissent at the school.

Robbie responded by saying that, in general, school rules make no sense to pupils. Balancing out the conversation, he suggested that such a school cannot be dubbed as racist.

“You’ve got to have a boundary line somewhere because there is an element of discipline,” he said.

The conversation ended with Mishka stating that neither she, Robbie nor non-black people have any right to comment on black women’s hair.

John Robbie wa nya. What is he saying?! How dare he actually be so condescending to Mishka. How can he speak about an afro vele?

John Robbie&39;s comments abt blk girls hair wr shady throughout the morning. Glad twitter decided 2 call him out on it. PretoriaGirlsHigh

Listen to the full interview below