TOOL: About the South African Lottery 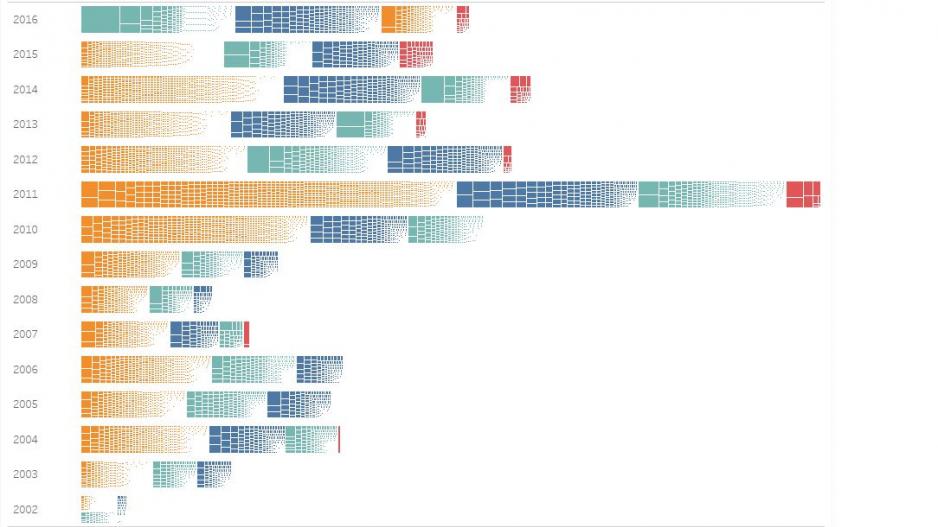 A lottery search tool, created by OpenUp, gives readers the opportunity to look at the data used in the Gaming the lottery expose.

CAPE TOWN - When the South African Lottery was launched in South Africa in March 2000 it outlawed most other lotteries games and scratch cards, which badly affected some non-profit organisations that were using these types of games for fund raising.

A percentage of the weekly proceeds are paid over by the licensed lottery operator  – appointed every seven years and currently Ithuba - to the National Lottery Commission, which is regulated  by the Department of Trade and Industry.

The money is allocated in terms of four categories: Charities, Sports and Recreation, Arts, Culture and National Heritage and Miscellaneous. Over the years almost R22- billion has been granted to “good causes”.

Adjudications on funding applications are done by committees – known as distributing agencies – which are appointed by the Minister of Trade and Industry.

Searching the lottery – click here to link to Tableau tool

Since the first grants to “good causes” were made by the South African Lottery in 2002, thousands of organisations, mostly not-for-profit but some private and for profit, have received funding.

Lists of successful funding applications are published each year in the annual reports of the National Lottery Commission (NLC). But checking through the printed lists of grants is time consuming and not easy so few people, including journalists, ever do so.

So we’ve made it simple to check who received funding, when and how much using a simple tool built by OpenUp, a Cape Town-based civic tech organisation dedicated to transparency. All the data in the tool was scraped from the official NLC annual reports.

We’ve dug through the data to find stories about the lottery and some recipients. We invite you to do the same – and if you find anything you think we should follow-up on please send a mail to [email protected].

Or if you looking for a school or schools and are not sure of their exact names, begin your search with “school” and then search through the results for the one/s you’re looking for.