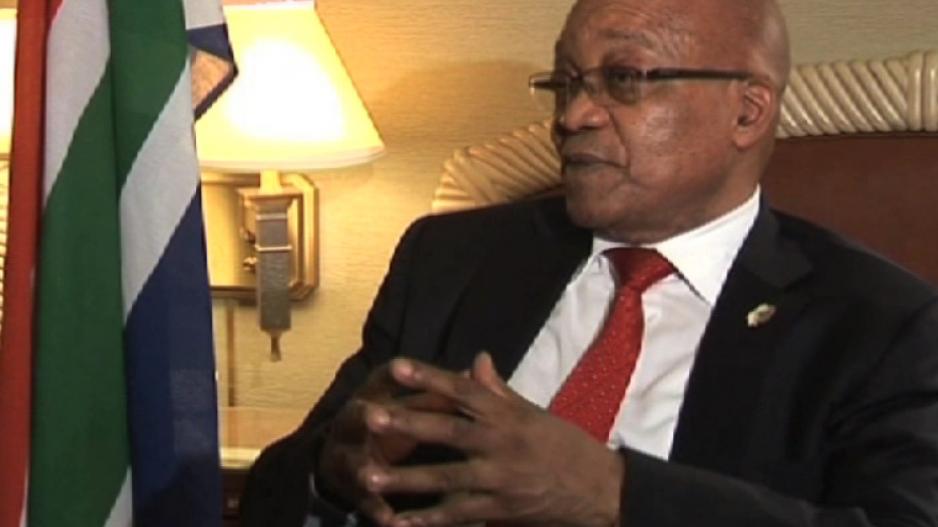 South Africa and the continent will soon benefit from about R325 billion in Japanese Aid, as Prime Minister Shinzo Abe's government seeks to catch up with China for a piece of action on the continent.

Zuma was responding to a question by Democratic Alliance parliamentary leader Lindiwe Mazibuko.

She said labour unrest had contributed to a "break-down in investor confidence", triggering warnings that South Africa&39;s platinum could decline by 60 percent in coming years.

She asked where Zuma stood on the issue of strike balloting, and argued that ANC MPs had undermined government&39;s efforts to improve the economy by removing a provision requiring a pre-strike vote from the Labour Relations Amendment Bill.

The president said labour strife at mines was a complex issue because of the emergence of rival trade unions, and it was vital that all roleplayers co-operate to resolve it.

"The difficulty has come in the manner in which the recent problems have emerged," he said.

He praised Deputy President Kgalema Motlanthe for his mediation efforts between unions and mining companies.

"I think they are working very closely to agree on the matters that have to be addressed in terms of addressing the problems at the mining level," he said.

Zuma said negative headlines were largely to blame on negative views expressed by the political opposition.

"Generally, people are saying we are doing very well. I have just come back from Japan. They are full of praises of South Africa... key investors. So it is not like a perception that is thrown around that investors are worried, not at all."

He said the economy was well-balanced and aimed at dealing with the country&39;s specific challenges, including imbalances created by its apartheid past.

"Therefore, I confirm, the policies of the ruling party are absolutely correct, no-one could argue against them. Whoever argues against them does not understand the South African sentiment."

Moving on to issues affecting the continent, Zuma said Africa will not rely on funds from former colonial powers to support the establishment of an interim rapid reaction force to respond to coups on the continent.

"Do we want to be controlled by other people or do we want to be independent and stand on our own?" Zuma asked in response to questions in the National Assembly.

He said South Africa remained committed to the African Capacity for Immediate Response to Crises (ACIRC), as adopted at the African Union (AU) summit in Ethiopia last month.

Zuma said the problem with relying on donor funds gave countries, particularly in Europe, too much of a say on how the money was used.

The 2011 Libyan civil war was cited as an example of how African countries were curbed from intervening.

"Part of the reason the AU could not go [to Libya] was because the donors said: &39;Don&39;t use our money there&39;. They wanted to give themselves some time to bomb Libya out of existence," Zuma said.

Many African countries had already volunteered troops to the ACIRC, which has yet to come into operation.

Zuma said a rapid military force was necessary so the AU could respond urgently to crises, such as recent fighting in countries such as Mali, the Central African Republic, Niger, and the Democratic Republic of Congo.