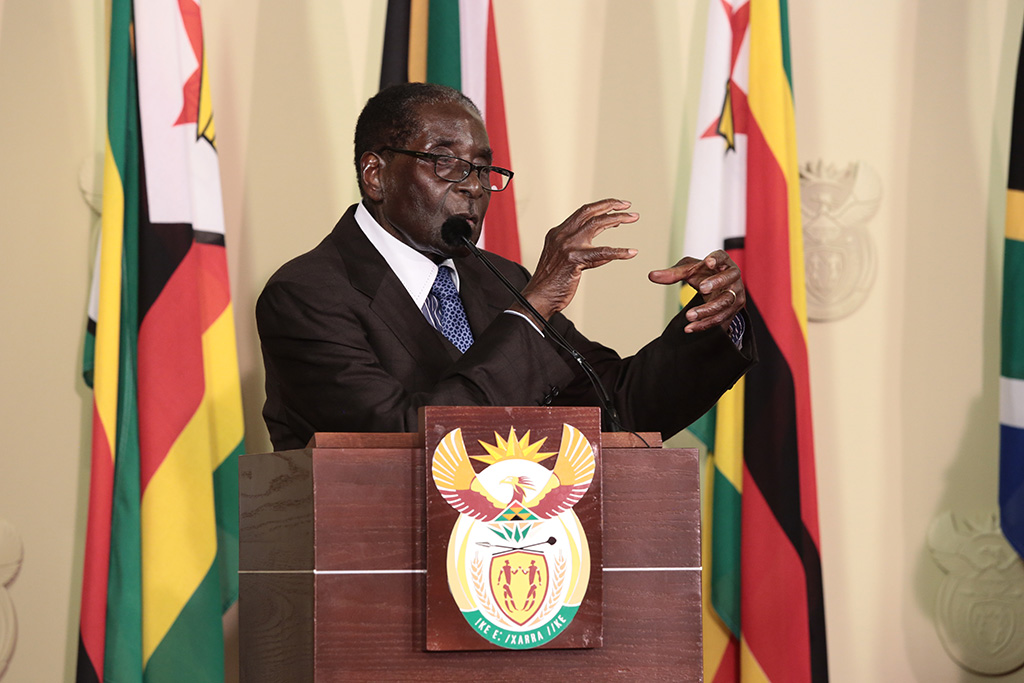 Zimbabwe's President Robert Mugabe and South Africa's President Jacob Zuma at the signing of bilateral agreement between the two countries at the Union Buildings on Wednesday, 8 April 2015. Behind them stand their spouses Grace Mugabe and Tobeka Zuma,

Mugabe was speaking at the African Union Summit which is taking place this weekend in Johannesburg.

He formed part of a New Partnership for Africa’s Development (NEPAD) panel, alongside President Jacob Zuma and President Macky Sall of Senegal.

Nigerian President Muhammadu Buhari was meant to be part of the panel butdid not make it to the summit on time.

Mugabe urged Africans to take their fate into their owns hands by making finished products from minerals mined on the continent before exporting them across the globe.

“Surely the African people cannot continue to be hewers of wood and drawers of water, while others delight in their resources, in our resources. With unwavering courage and collective determination, Africa can also industrialise in the same manner other regions have achieved industrialisation within the shortest period possible,” Mugabe said.

He also said NEPAD and other African institutions must prioritise iindustrialisation.

The conference continues on Sunday with a full meeting of 54 heads of African states, known as the assembly. This year&39;s summit is focused on women empowerment in line with the AU&39;s development plan, Agenda 2063.

American actress Angelina Jolie made headlines when she advocated for women&39;s rights at the summit on Friday.

Bashir is wanted by the International Criminal Court in Geneva over ware crimes and crimes against humanity.