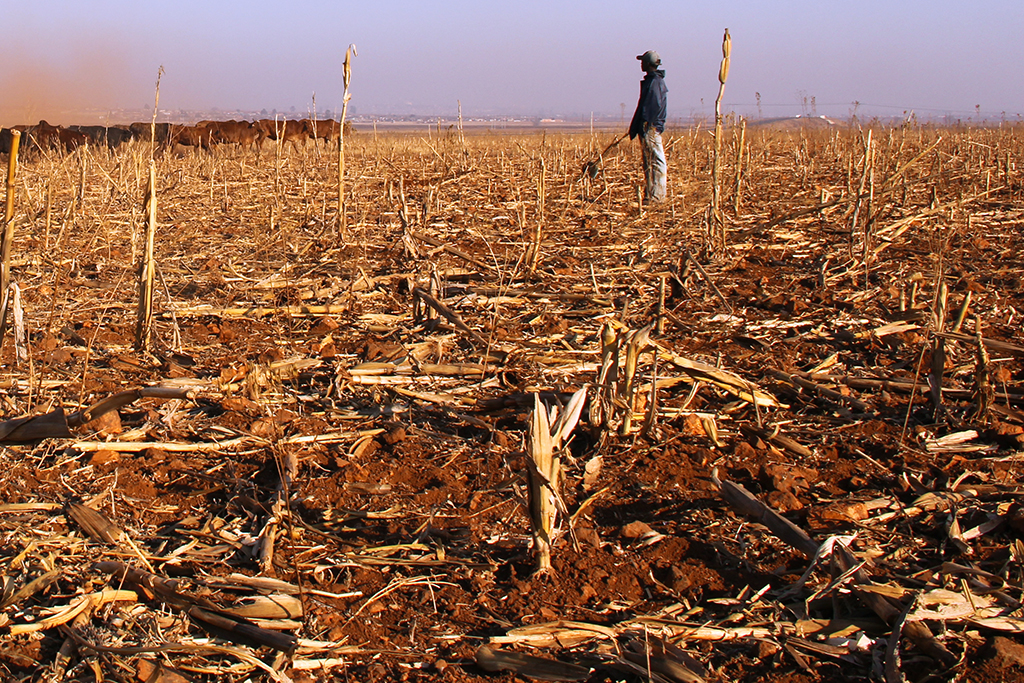 Thapelo Boholo at his farm in Tweeleng, Frankford ,Free State. He is among the farmers in the area who have been hard hit by the current drought , Tweeling, Frankfort, Free State,

JOHANNESBURG - AfriForum has launched its campaign to support drought-stricken areas, in which it says it will match donations on “a rand for rand” basis.

AfriForum national spokesman Henk Maree said an SMS service had been set up to allow members of the public to send their contributions.

“South Africa is plagued by a severe drought. Farmers suffer terribly and some towns currently have no drinking water.

"We can do nothing else, but to roll up our sleeves and help.”

At the end of its campaign, in cooperation with agricultural organisations such as TAU South Africa, AfriForum said it intends to assist farmers who experience severe shortages of fodder as well as towns that experience water shortages.