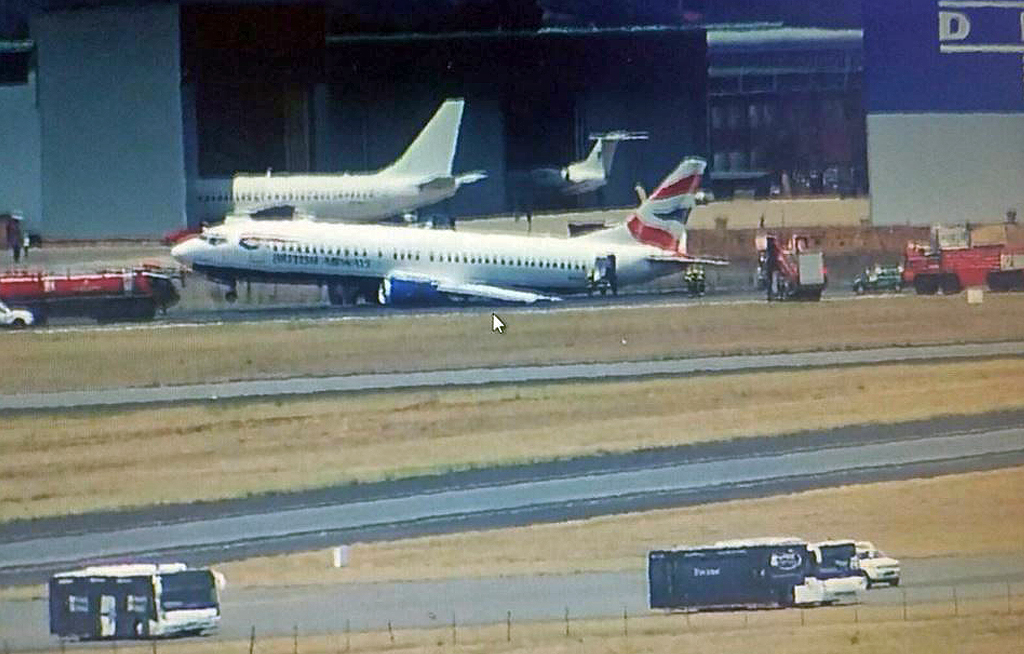 26 October 2015: A British Airways flight from Port Elizabeth to Johannesburg ran into difficulties upon landing on Monday afternoon, forcing closure of the runway. No injuries have been reported. An alternative runway is open and flights are delayed.

* Editor&39;s note: This story has been updated with new information

JOHANNESBURG - A British Airways flight (BA6234) from Port Elizabeth to Johannesburg became stuck on the primary runway at OR Tambo International Airport on Monday afternoon after its landing gear broke.

A passenger on the plane, Warren Mann told eNCA.com that passengers were informed that the plane&39;s landing gear had broken after the landing.

"When the plane touched the runway, the pilot struggled to keep the plane straight. The left landing gear snapped and the there were sparks coming from the left wing.

"The left wing caught fire but the fire brigade were on the scene immediately. The pilot really did well to keep the plane on the runway," Mann said.

Airports Company South Africa (Acsa) spokesperson, Colin Naidoo had earlier told eNCA.com, "We don’t know the reasons so far; we are still waiting on the airline to tell us."

Naidoo said contrary to speculative reports, the plane did not crash-land.

He said the airport had opened a secondary runway in the interim, and that flights would be delayed by at least 30 minutes.

2/5 with 6 Crew and 94 Passengers on board, was involved in an incident on landing at @ortambo_int just after 12:00 pm today.

According to other emergency services reports, it was confirmed the undercarriage of the Boeing 737 collapsed only after landing.

All passengers disembarked safely and were bussed to the airport terminal.

The aircraft was then reportedly towed from the runway towards a hangar.

No injuries were reported.

3/5 We can confirm that all passengers and crew safely disembarked with no reported injuries.

4/5 Passengers have been taken to the terminal building where staff are on hand. Comair and the relevant authorities will be conducting

5/5 the necessary investigation over the coming days and weeks. As soon as more information is on hand we will be releasing it to the media.

It&39;s advisable to track your flight status by contacting your travel agent, the airline,  or the airport directly.