'All of us have to take blame': Education MEC Lesufi 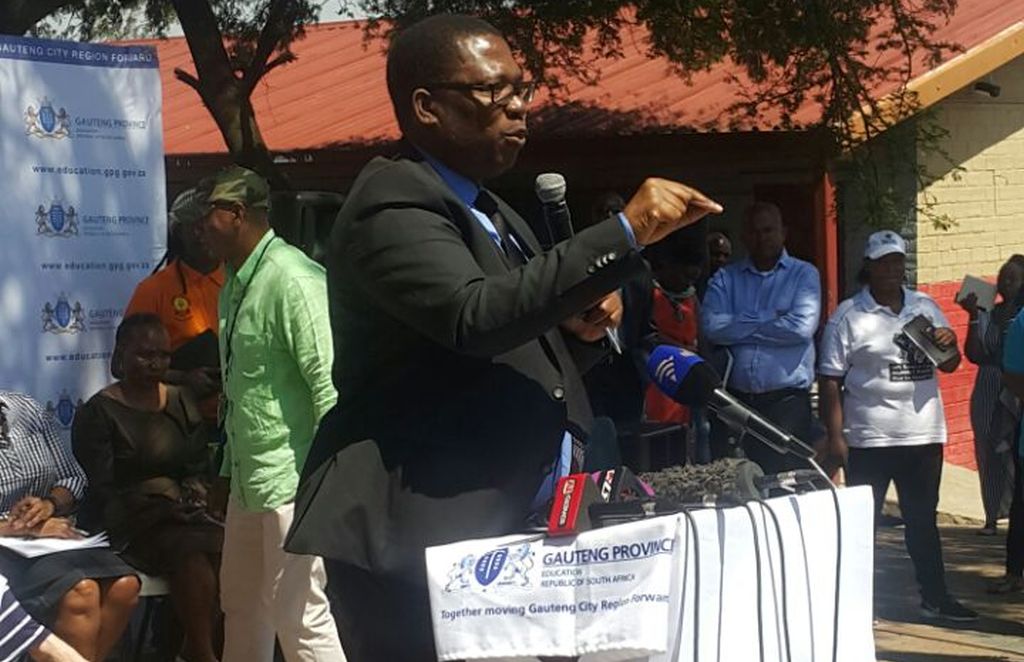 File: Panyaza Lesufi speaks at the Soweto school where the mass abuse of pupils has been alleged, 15 October, 2017.

SOWETO - The Student Government Body (SGB) at a primary school in Orlando where 87 pupils were allegedly sexually abused said on Sunday that they were never made aware of the abuse that was happening at the school.

They said that the suspended principal only raised the serious issue two days prior to the end of the third term.

Gauteng Education MEC Panyaza Lesufi held a consultative meeting with all stakeholders at the school to address the matter.

He explained why he deemed it necessary to relieve the principal of her duties pending the outcome of the investigation which is being conducted by his department.

A parent, who was brought to tears, related how insensitively the suspended principal had dealt with the abused children, addressing them in front of the class, calling out their names and announcing the abuse that had happened to them.

Most parents and guardians raised the issue of their children being further victimised at the institution.

Lesufi then unreservedly released all affected pupils from the academic year going forward.

As a result, pupils will no longer be required to attend lessons for the remainder of the last term. Report cards for the 2017 academic year will be formulated based on performance in previous term tests and examinations.

Lesufi said that the leadership of the school as well as his department had failed the innocent children at the school.

He said his department would take action against anyone found to have been complicit in the sexual abuse allegations at a Soweto school.

I am on my way to Orlando, Soweto to meet parents. It's tough and difficult. My Creator, I seek strength from you. https://t.co/FSzK7TJqTs

"In any language in and country this is a disaster. And if it is, it means we need to act and act decisively.

"I know parents have raised the issues to say why didn't you act against the principal and the school management, let me tell  they are not the only ones. Any form of evidence that can point to any direction, we are going to take action as a department.

Lesufi reiterated that the department's planned to screen all security guards at schools in future.

"When this case hit the headlines, I got a call from an anonymous caller who said a learner had been raped by a patroller at another school. So we are getting cases that we need to attend and attend to them immediately.

"I sent out a team and they did confirm that a 17-year-old girl was raped. I’m going to that school tomorrow and they know what is going to happen. I’m pleading with parents, there’s no case too small or big. We have to report all cases,“ he said.

eNCAs Malungelo Booi spoke to a grandfather of a child at the school, who was shocked and angry at the events. "He said it seems like nothing was done. He said he attended each and every school meeting and this matter never came up. So he also wants to get answers as to why this was not reported from the start.”

The accused scholar patroller is due to appear at Protea Magistrates court on Wednesday.