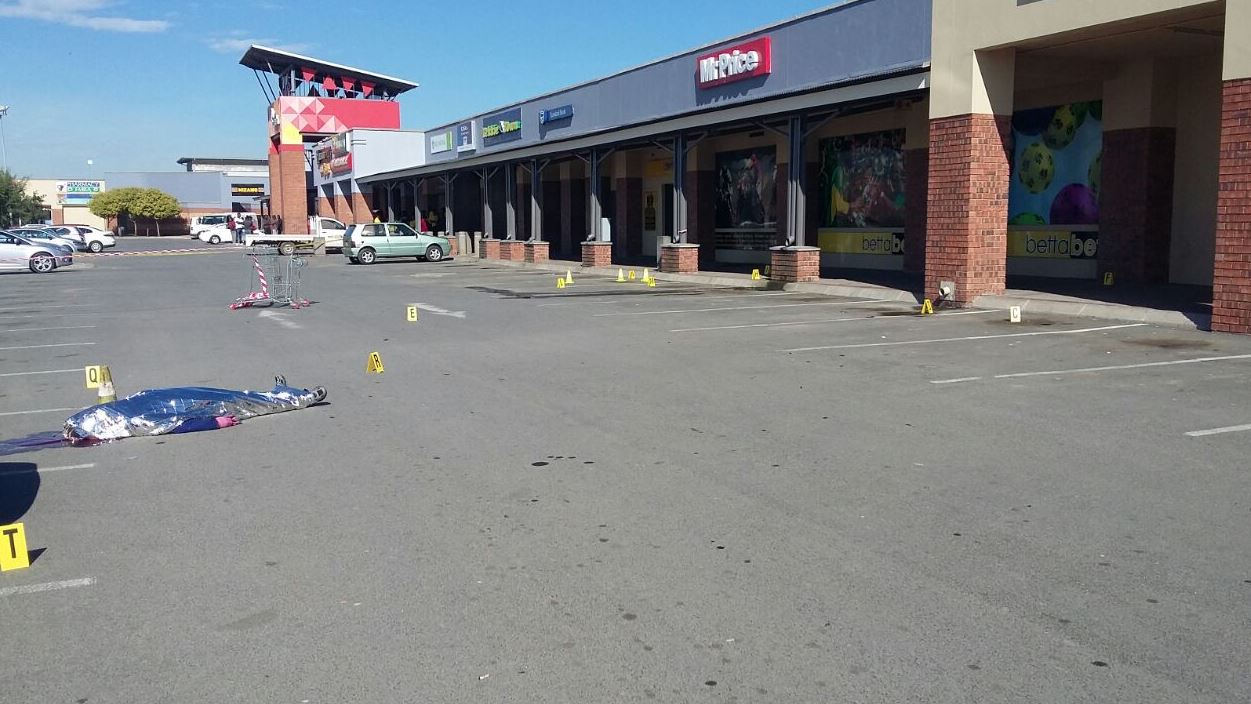 The deceased was part of a group of men who exchanged fire with mall guards on Wednesday morning.

SECUNDA – A man was shot and killed in a foiled ATM bombing attempt in the Embalenhle Mall in Embalenhle, Secunda in Mpumalanga.

Police spokesman Brigadier Leonard Hlathi said the suspect was part of a group of men who exchanged fire with mall guards on Wednesday morning.

“The suspect was shot in the upper body and he died at the scene.

“His accomplices, about five men, fled the scene in two white Mercedes-Benz and a silver grey Audi.

“A detonator was found already fitted in one of the teller machines that the men were targeting,” said Hlathi.

The suspects fled the scene empty-handed.

Police have opened a case of armed robbery.

The suspect was found in possession of a rifle, several live R5 rounds, cash and cellphones.

Police are at the scene and operations at the paypoints have been affected.