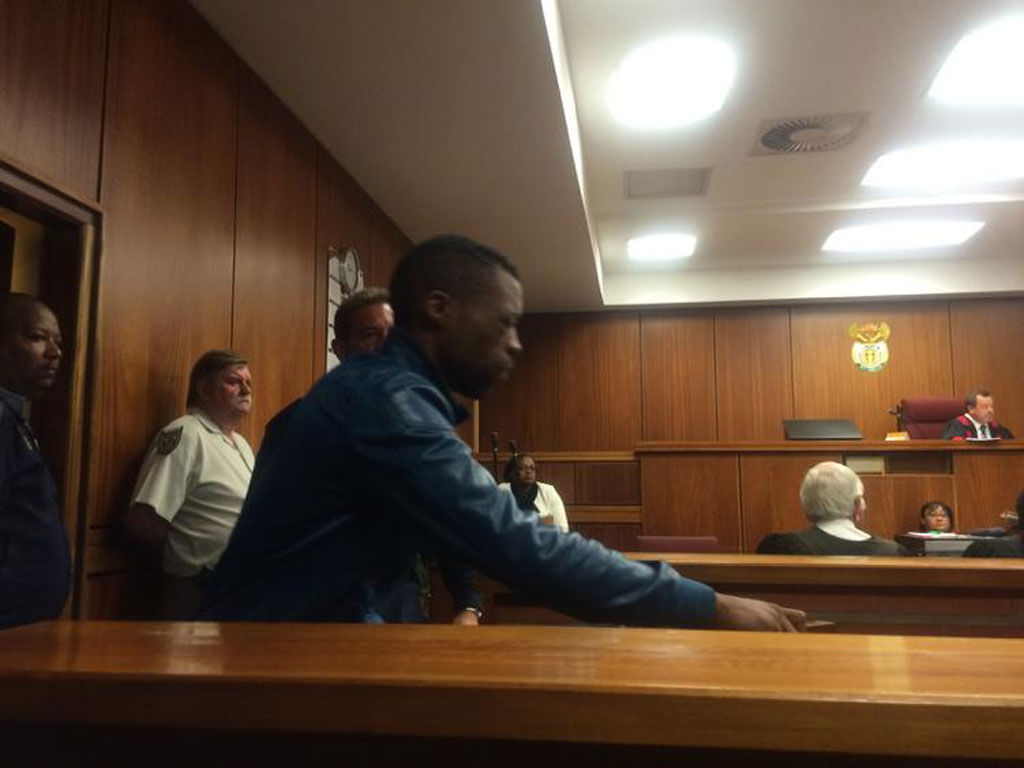 KING WILLIAMSTOWN - The third man accused of the murder of Jayde Panayiotou has appeared at the Port Elizabeth Magistrate&39;s Court with bruises for which he has blamed police.

Arrested on Sunday, Sizwesakhe Vumazonke is the suspected hit man in the crime that attracted massive public attention after the teacher went missing on April 21.

Bruising on alleged JaydePanayiotou hitman Vumazonke so bad that magistrate even asked about it. He answered in Afrikaans: it was police

Panayiotou&39;s husband, Christopher and a man who worked as security at a pub he owned, are accused of the crime.

It is alleged it was her husband who orchestrated the abduction and subsequent murder. He has been charged with murder, conspiracy to murder, kidnapping and robbery with aggravated circumstances.

A manhunt led them to her dead body the following day.

The 28-year-old teacher had been abducted from outside her home in Kabega Park while waitng for a lift to the school in which she taught.

Vumazonke who has previously been convicted of robbery, apparently tried to evade arrest by trying to run away from police during his arrest. The prosecutor told eNCA "that may have something to do with bruises."

He is set to be back in court on June 19, along with the murder victim&39;s husband.

Vumazonke is very small built, and speaks Afrikaans throughout his court appearance. Understand he has a previous conviction for robbery