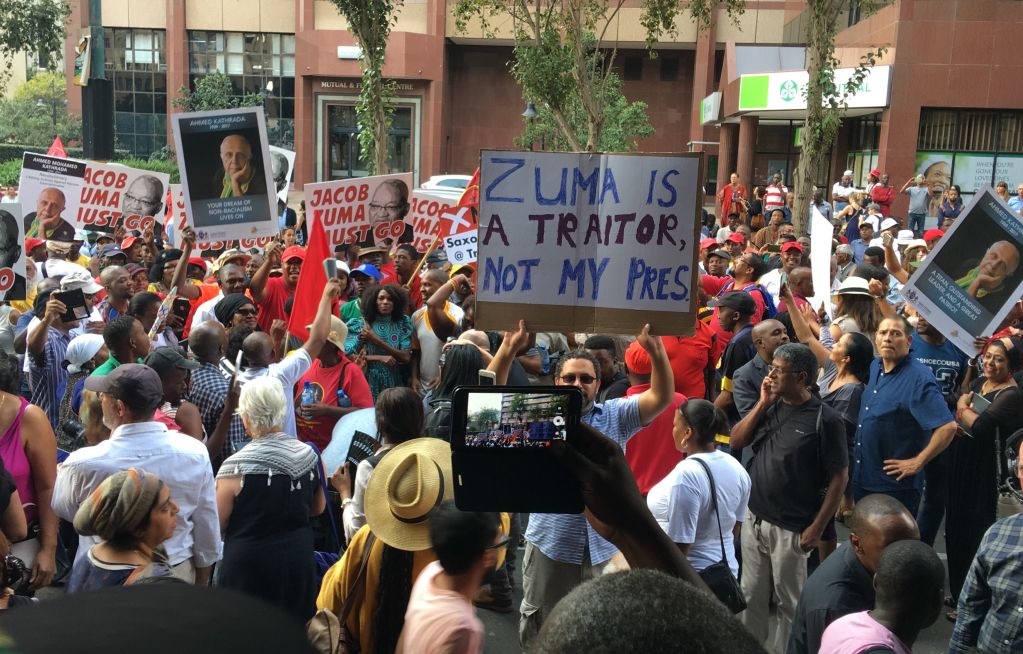 PRETORIA - Civil society organisations on Wednesday said they have pleaded with companies not to penalise employees who decide to join one of the marches calling for the removal of President Jacob Zuma on Friday.

“We were in discussion with business organisations and we humbly asked them not to penalise anyone to join the march. If people wish to knock off early, they should be allowed,” said Mark Heywood, director of Section27.

“And if your employers don’t give you time off, take leave – do whatever it takes to get to Church Square for this historic protest. Join us in saying, Zuma must go.”

Heywood emphasised that this is not a political march but it’s to encourage all concerned South African citizens to stand up and defend the democracy.

“This will be a legal and peaceful march, no one should feel intimidated or afraid. We will make sure that everyone is safe,” he said.

The coalition groups have had some of their members camping outside Church Square since Monday.

“We will camp until Zuma resigns and leaves the money of South Africa,” said Elias Mogoru, a member of the Forum for Service Delivery.

Mogoru dismissed claims that the coalition is only active now because white people and elitists also feel affected by the current economic status. He said this is everyone’s problem and there is no such thing as white monopoly.

The #PeoplesMarch will start in Pretoria at ChurchSquare at 10am. It will move at midday to the Union Buildings. #SaveSA

Themba Masango, a convener of Save South Africa, said there were no elitist groups in the organisations.

If there’s anyone elite in this whole situation. It’s Zuma, he doesn’t even know which side is his car tank. This is not about a certain group of people. The gathering is to reinforce that Zuma is not fit to hold office. Let’s let Zuma know that he’s not welcome at the Union Buildings and should be in prison where he belongs,” said Masango.

“We are pleading with every patriotic South African to come out and act. If we could defeat apartheid, Zuma is surely nothing.”

Heywood said Save SA doesn’t have a bank account and it survives through donations from individuals and business people.

Meanwhile, the government has announced that Friday is a normal working day.

“Whilst the public has a democratic right to embark on protest action, government does not support acts or civil disobedience and the actions of a select few to infringe on the constitutional rights of the majority,” government said earlier this week.

The coalition have blasted the government and said it’s disingenuous because during apartheid they won freedom through demonstrations but now they are against people marching when they are the ones who need to be reprimanded.

Several hundred marshalls have been arranged along the route from Church Square, up Madiba Street, to the Union Buildings. The organisers have stressed that this would be a peaceful protest.