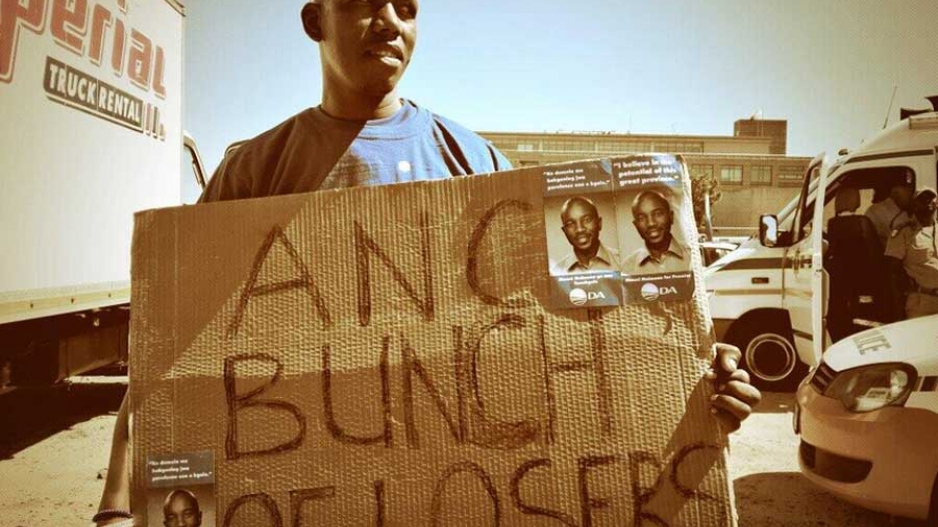 A DA supporter holds an anti-ANC poster ahead of the opposition party's march in the Johannesburg CBD for jobs.

JOHANNESBURG - An urgent application by the ANC to secure a protection order against an alleged threat by the Democratic Alliance was dismissed by the South Gauteng High Court on Wednesday, the ANC said.

"We are fine with the judge&39;s decision, and we respect that," said spokesman Jackson Mthembu.

"We are also delighted by the fact that the DA made a legally binding undertaking in court to not come near the ANC headquarters during the march... I love our democracy."

He said the court saw no reason to issue any proclamation because the two parties were in agreement on safety matters during the march.

"We would not have gone to court had the DA promised us that our staff and assets would not be threatened during the march."

The matter was heard in the high court on Wednesday morning.

The African National Congress said the application was necessary because the DA had secured the services of a security firm "armed to the teeth" with batons, helmets, and shields.

The DA said the march in downtown Johannesburg was for "real jobs".

The march is scheduled to take place on Wednesday at 10.30am.