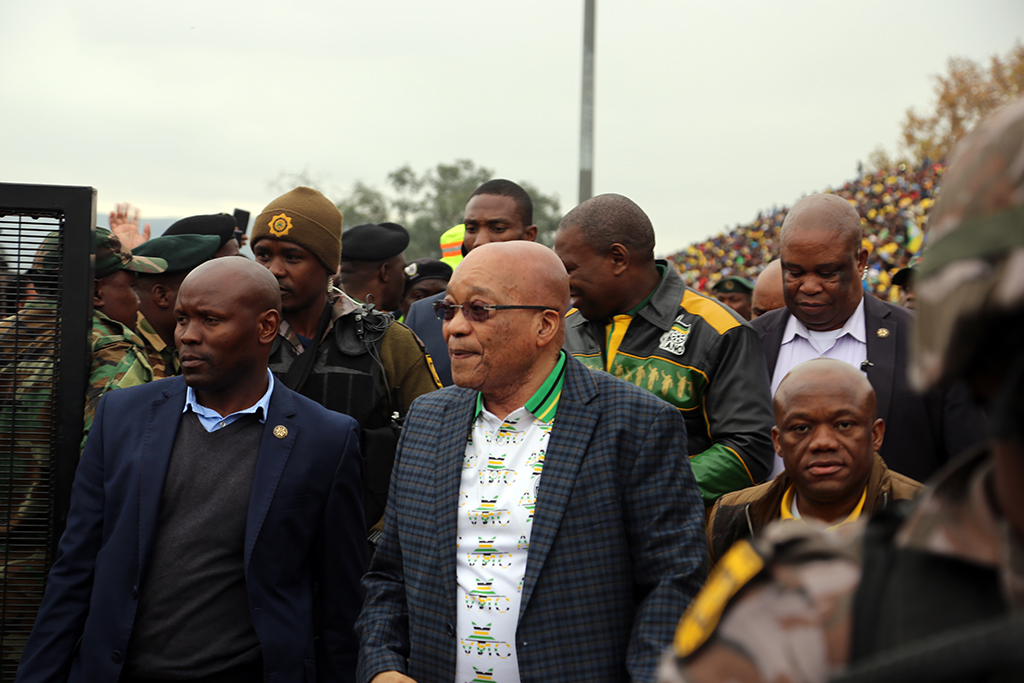 President Jacob Zuma is seen at the Haryy Gwala Stadium in Pietermaritzburg, KwaZulu Natal, on 12 June 2016. He delivered the key note address for the provincial party's manifesto launch.

Since April, politically linked killings have rocked KZN. ANC leaders including councilors and a branch chairman have been killed.

Zuma said the recent spate of violence has brought back painful memories for the people of KwaZulu Natal.

“We must do everything possible to prevent violence and assist the police to apprehend perpetrators. Violence has no place in our democracy,” said Zuma.

“Let us unite and defeat those who are trying to sow mayhem through killing people in this province. It is not acceptable.“

He added: “We extend our deepest condolences to the families of all who have been killed in the province including right here in Pietermaritzburg. “

His words were echoed by ANC KZN chairperson Sihle Zikalala.

“We have seen in recent weeks the killings of a number of comrades of the ANC. These are criminal elements that we are not going to accept to happen in our country and in our province,” he said.

He called for unity and calm adding that the focus should be on the ‘victory of the African National Congress.”

“If there are issues as the leadership – national and provincial – lets all sit down and clear those issues for the unity of the ANC,” said Dlamini.