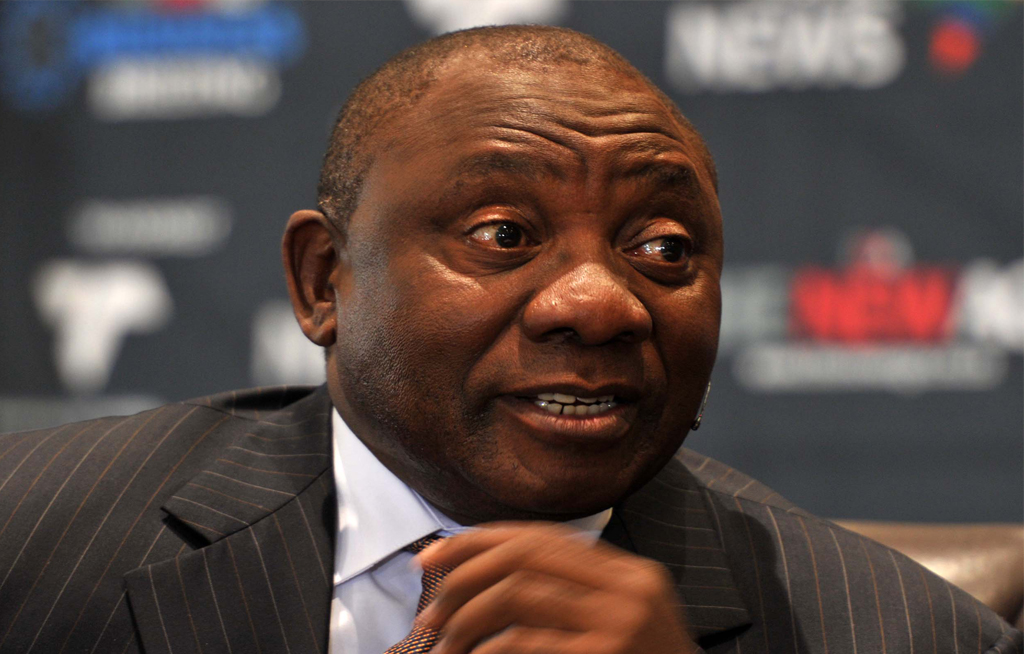 File: Sanco have stated that they trust the experience and capabilities that Cyril Ramaphosa has in the presidential office and he can benefit their movement and the society at large.

JOHANNESBURG – Deputy President Cyril Ramaphosa said the ANC is serious about the empowerment of women.

Addressing a Cadres Assembly in Pretoria, Ramaphosa said women must be well-positioned in the economy.

As the country commemorates Women's Month, he told the crowd that only a strong ANC can ensure that women are uplifted and empowered.

Accusations of spousal abuse levelled at Ramaphosa did not deter the deputy president from making women the focus of his address to community members in Soshanguve.

“Women need to benefit from this economy... (The) women of our country must be better positioned... Women must earn same as men,” he said.

The deputy president also spoke about the problems standing in the way of empowering women.

“State-owned enterprises need to be managed properly; we need to grow the economy so we can empower people and women of our country. We have a duty to manage this economy properly.”

In what could be construed as a campaign speech, Ramaphosa ordered residents to strengthen ANC branches and be active in communities. Ramaphosa is seen as one of the likely contenders to take over as ANC president in December.

He warned about a divided ANC becoming a liability.

While Ramaphosa's supporters sang his praises, he refused to answer questions about the allegations of abuse against his former wife.