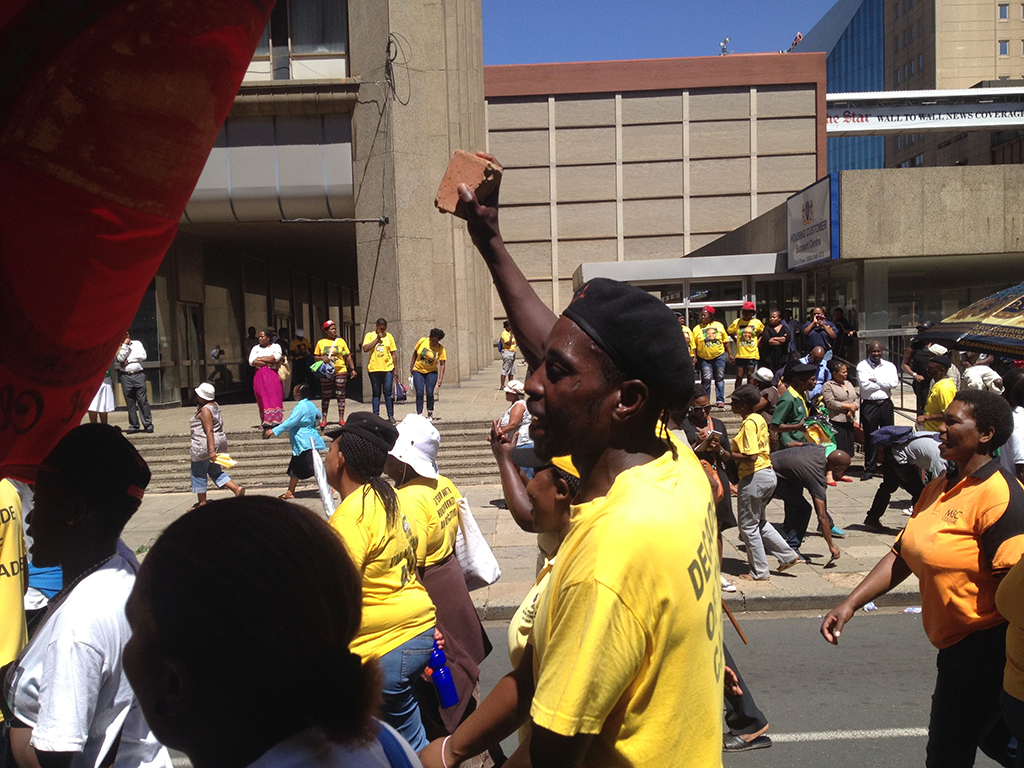 An ANC supporter wields a brick as the organisation prepares for a DA march scheduled to end at nearby Beyers Naude Square.

Editor&39;s note: The live coverage of the event has now concluded. Please click here for the updated story

JOHANNESBURG - What started as a quiet morning in the Johannesburg city centre, with more security guards than political party supporters, has escalated into a tense environment with ANC members carrying bricks and chanting struggle songs.

Despite a number of photographs on twitter, showing ANC supporters carrying bricks, party spokesperson Jackson Mthembu says all he&39;s seen are "cadres in their wonderful shirts”.

There is a large police presence in place to monitor the situation.

Mthembu says as long as the DA sticks to the agreement to stay away from Luthuli House and the ANC members are not provoked, the ANC supporters will not react violently.

“This is not a brick place. Carrying a brick doesn’t mean you are going to use it,” said Mthembu.

Earlier on Wednesday morning an urgent application by the ANC to secure a protection order against an alleged threat by the DA was dismissed by the South Gauteng High Court.

DA leader and Western Cape Premier Helen Zille arrived at the Westgate hub shortly before 11h30 and the march was set to begin shortly after.