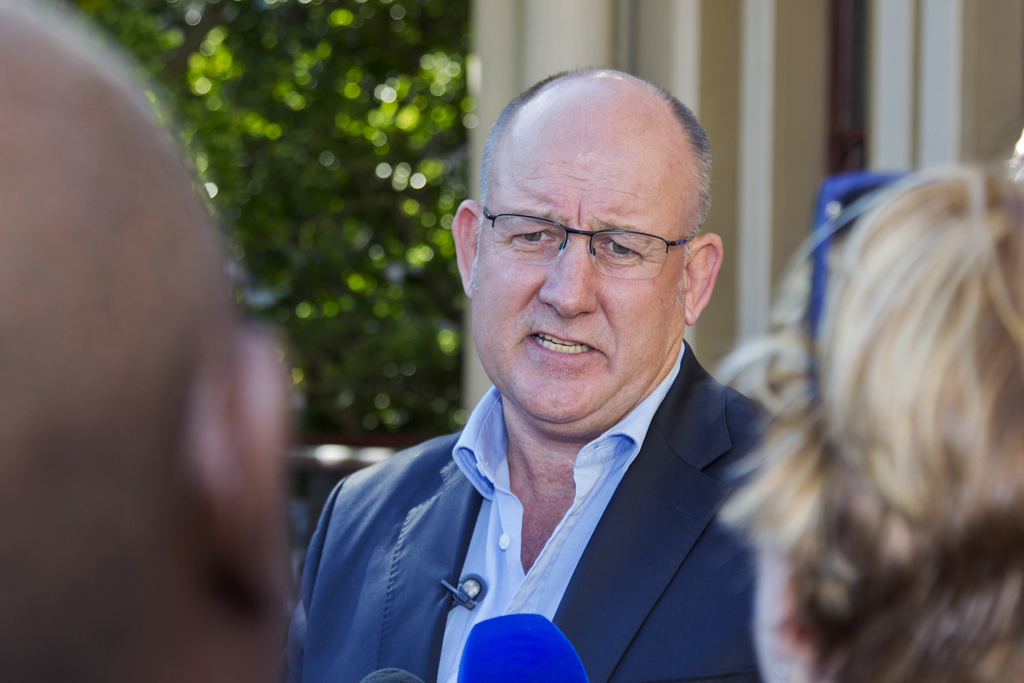 FILE: Athol Trollip addresses supporters and journalists during a rally outside the Mayor's office on April 14, 2016 in Port Elizabeth.

ANC and EFF leaders are trying to convince other opposition parties to vote against DA Mayor Athol Trollip next month.

The EFF leader says Trollip&39;s removal will be punishment for the DA&39;s vote against the land expropriation without compensation amendment bill in Parliament.

The EFF lodged a motion of no confidence in Trollip with the council speaker, but it says the motion is not a done deal unless the ANC fields a credible mayoral candidate like Mcebisi Jonas

The DA says the ANC is so desperate to regain control of the Nelson Mandela Bay coffers that it&39;s allowing the EFF to dictate who the next mayor should be.

But without the support of the smaller political parties like the UDM, AIC, UF, and the PA, the ANC and EFF will not get the 61 votes needed to send Trollip packing.

The DA says it won&39;t allow the EFF to blackmail it.

"We must carry on doing what we can do," says Trollip.

"I have appealed to my colleagues to keep their heads up, to do their work to the best of their ability until we get to that day, and if we have to be voted out, we will be voted out, but we are not just going to give the city away."

The EFF&39;s called for a special council meeting to deal with the motion on the 6th April, in remembrance of Solomon Mahlangu who was executed by the Apartheid regime in 1979, charged under the terrorism act.