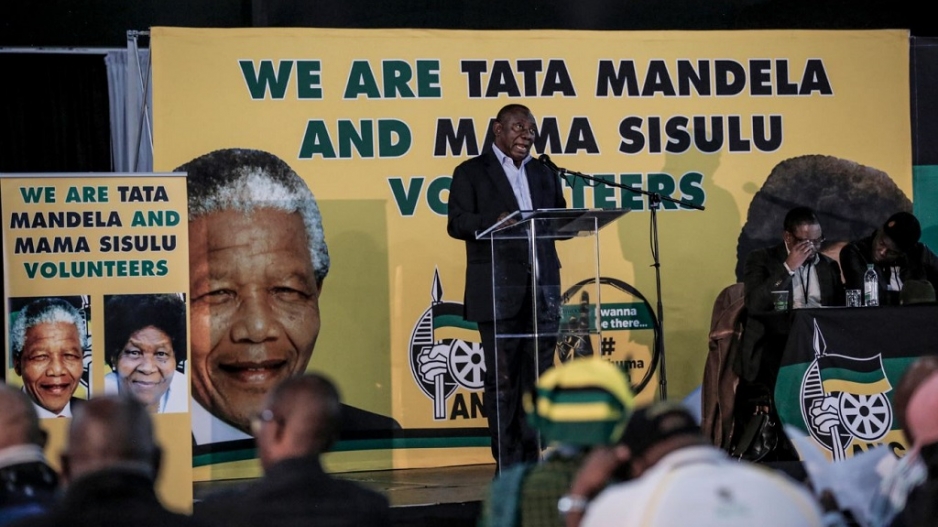 African National Congress President Cyril Ramaphosa addresses a meeting of the governing party on its land expropriation policy in Johannesburg on May 19, 2018.

President Cyril Ramaphosa said on Saturday that land expropriation without compensation is the only way to deal with inequality and eradicate poverty.

Advocate Tembeka Ngcukaitobi said the constitution has always given the government the power to expropriate land without compensation.

South Africa will never be a united nation unless this issue is properly addressed, he said.

Parliament has voted in favour of amending the constitution to allow for land expropriation without compensation.

“Without redistribution of land we will not be able to build a united South Africa," Ramphosa said.

“This workshop is really meant to give full substance and chart a way forward for us as a movement on how we should give effect to the resolution that was adopted by the [ANC] 54th national. conference."

Ngcukaitobi said the constitution has always given the government the power to expropriate land without compensation.

“The common law has always enabled the legislature to pass a law that would entitle us to expropriated land without compensation.

“The just and equitable model towards compensation has always enabled us to value the land sometimes at zero because if you look at history, state investment and all this can be done at zero. ”

The ANC says the summit is just one of many workshops aimed at finding a solid solution to the country’s land concerns.

Delegates at the summit are looking at all aspects of land expropriation, including why it is taken so long to get it right.

“Without the recognition of the property rights of all our people we will not overcome inequality, without giving the poor the means to productively work and farm the land we will not be able to defeat poverty,” Ramaphosa said.