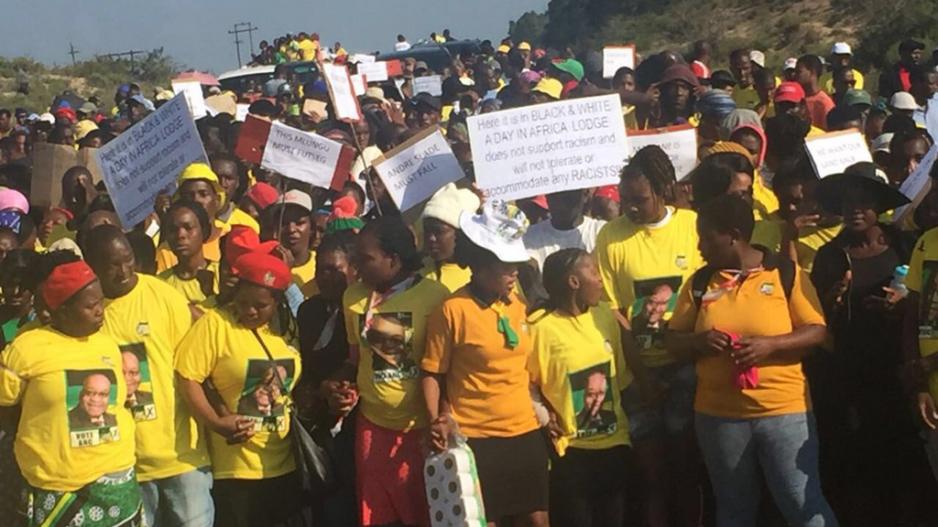 DURBAN – "I am your King. I am the King on Earth. You should call me Inkosi." These were the words spoken by controversial Sodwana Bay guesthouse owner Andre Slade to a group of journalists on Wednesday morning.

Slovakian Katarina Kizani, 27, said she believed in the claims made by her partner Slade, who sprung to notoriety last week when he turned away a black person, saying his guest house did not cater for blacks and government employees.

The email in which Slade made the racist remarks went viral and caused an outrage that culminated in the African National Congress (ANC) protesting outside his guest house on Wednesday. Hundreds of ANC members protested outside the guest house and called for its immediate closure.

Slade’s partner said she was a co-author and often pushed him to speak out.

He spoke to reporters from behind a fence at his Sodwana Bay home minutes after a memorandum of complaint was handed over to MEC for Economic Development and Tourism Sihle Zikalala, who is also the ANC provincial chairman.

Slade, who did not appear to comprehend the offense he was causing, made wild claims that blacks were made by God to be servants.

"When Jan van Riebeeck arrived here as a white man he knew and he could see the difference between himself and others was huge," said Slade, who added his actions were based on instructions from God.

To add to the uncertainty on Slade’s state of mind was the claim by his partner, Kizani, that he was growing and smoking cannabis. "Yes, we grow our own marijuana," she said. "We just harvested it recently."

"There is no place in South Africa for discrimination and racism," said Zikalala.

"This man must be arrested and we have begun talks with the local traditional leadership to have him evicted."