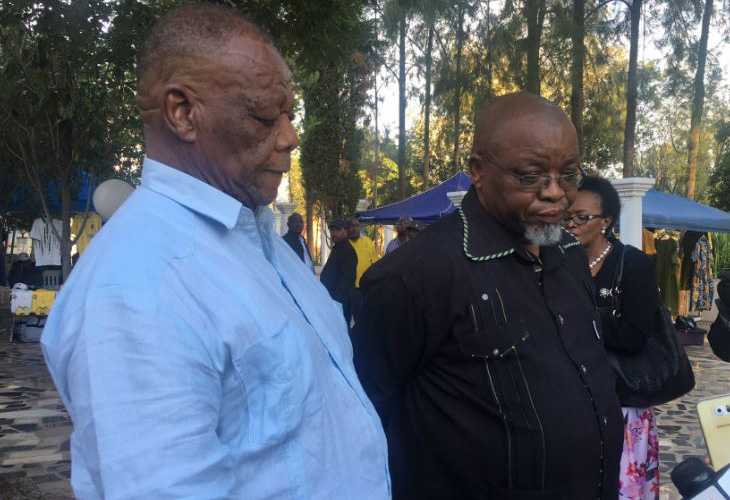 ANC secretary general Gwede Mantashe and veteran Wally Serote agree the issue of a consultative conference remains "on the table" .

Serote said a meeting in Pretoria of the party's most senior officials, including President Jacob Zuma and a group of stalwarts critical of the leadership, had been "robust'.

“There were difficult moments, we will address them. Also many issues that we agreed upon. And therefore we are guided by the president when he said we should meet so that by the time December ends we have resolved some of the issues that were outstanding,” he said.

“One of the most important things is that we met face to face. That was very important to us. They have given us a number of issues and [many] quite difficult to resolve in one meeting.

"What we have committed to do is that we must have a follow-up meeting before we close for December.”

For several months, 101 party elders have been appealing for a meeting at which to express their concern over the party and its leadership.

At the weekend, Zuma questioned the motives of party cadres who haven't been seen since 1994 but who are finding their voice now, after enjoying the fruits of freedom for two decades.