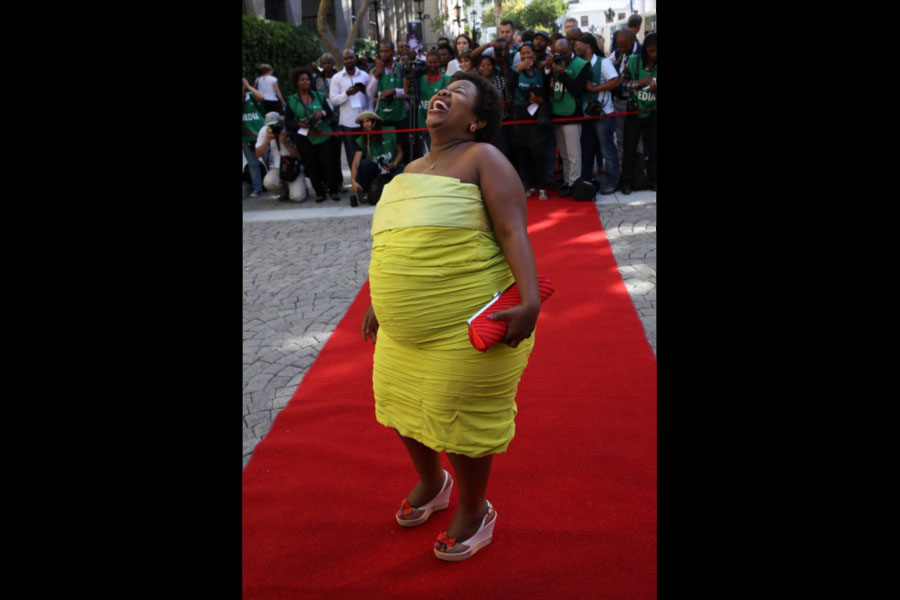 Thandile Sonduza arrives on the red carpet ahead of the opening of parliament and the State of the Nation Address by President Jacob Zuma. On Staurday reports said Sunduza had collapsed at the OR Tambo airport.

JOHANNESBURG - The lady who got the media in a frenzy at the State of the Nation Address with her yellow dress was reported to have collapsed at OR Tambo International Airport on Saturday.

Thandile Sunduza has apparently been admitted to the Park Lane Clinic after she collapsed this morning.

The cause of her fall has not been made clear.

eNCA.com called the clinic and a nurse confirmed that she had been admitted to the maternity ward.

I pray that MP Thandile Sunduza and the baby are both fine.