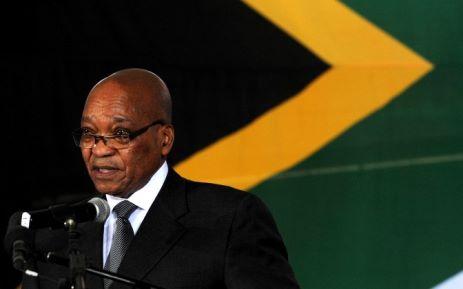 President Jacob Zuma on Friday urged South Africans to ensure they were ready to vote in the 2016 Local Government Elections (LGE).

IRENE - The ANC has affirmed its confidence in President Jacob Zuma.

Secretary-general Gwede Mantashe briefed the media on Sunday evening on the outcomes of the party&39;s national executive committee meeting.

He said there were frank and robust discussions regarding the alleged state capture by the Gupta family.

Mantashe also lashed at some media outlets for suggesting that his party is divided into factions.

Does the ANCNEC believe the president has been captured? Mantashe: that is a wrong question. @eNCA

The party affirmed its confidence in Finance Minister Pravin Gordhan.

Mantashe pointed out that this weekend&39;s get-together had been a scheduled meeting.

"I’m emphasizing the point that it is a scheduled meeting because in the run up to the meeting there was a projection that we are coming to a special NEC to discuss a specific issue. It was not. It was a scheduled National Executive Committee meeting,” he said.

Mantashe says question of whether Zuma should take responsibility and step down never came up in ANC NEC. Guptas

“The ANC calls on all members who have information to approach the secretary general’s office,” said Mantashe.

A statement issued later, said the appointment of ministers and deputy ministers was the sole prerogative of the president, in line with the Constitution. “To this end, the ANC continues to confirm its full confidence in our president.”

Earlier, a small group of ANC supporters gathered outside the St Georges Hotel in Pretoria where the NEC was being held, declaring unwavering support for Zuma.

“We are here because we have seen a lot of attacks on our leaders and party. We thought that it is our duty as members of the African National Congress to come and support our organisation,” said Mbali Ncube from the ANC’s eThekwini region in KwaZulu-Natal.

“We have come to see if there [is] any way we can help. We just [want] to see if everything is going on well.”