ANC not impressed by plans to rename highway after De Klerk 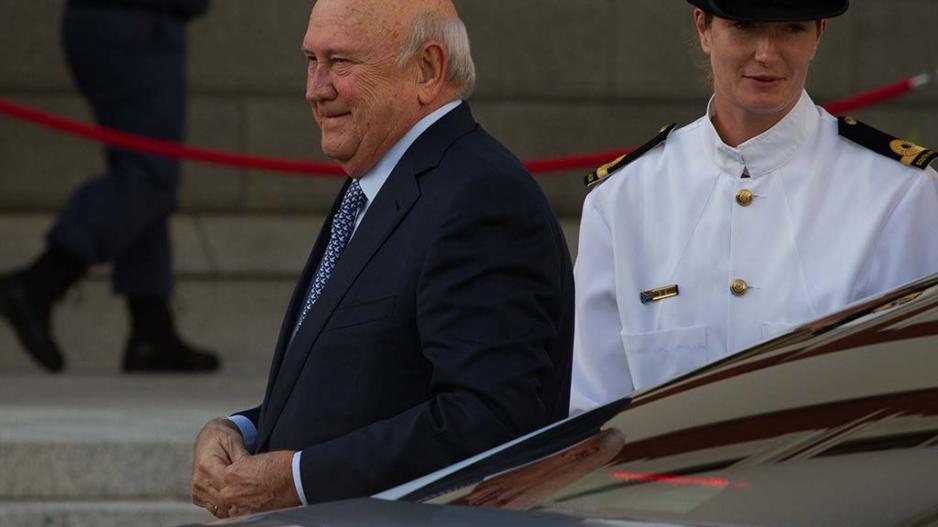 JOHANNESBURG - FW de Klerk was "not a messiah", the ANC said on Friday in response to the City of Cape Town&39;s proposal to rename Table Bay Boulevard after the former president.

"He was part of apartheid. He cannot be a messiah. He did not liberate us," national spokesman Zizi Kodwa said.

If it were their decision, the ANC would not rename Table Bay Boulevard after the former president.

"The ANC wouldn&39;t name an institution after FW de Klerk. Renaming is part of our heritage and he played no part in our revolution," he said.

The City of Cape Town said on Thursday that the boulevard may be renamed if the council accepted a proposal by the city&39;s naming committee.

However, Kodwa said De Klerk was a president of apartheid.

"President de Klerk is the only living president of apartheid. You can&39;t differentiate between all the other presidents of apartheid, because all that he did amongst other things was to maintain apartheid," he said.

The 79-year-old was president from September 1989 to May 1994. He was the last head of state of South Africa under the apartheid era.

In 1993 he won the Nobel Peace Prize along with struggle icon Nelson Mandela for their role in ending apartheid.

Kodwa said De Klerk only acted because South Africa was becoming internationally isolated and because he was feeling pressurised by the growing resistance movement.

"He did not voluntarily release Nelson Mandela. It was out of the pressure of the masses of people."

However, Kodwa said he would not speculate as to why the city wanted to use De Klerk&39;s name.

"The City of Cape Town is the best person in terms of renaming that street. Maybe they appreciate that history.

"They have the right to rename it after any person... in accordance to the definition of their vision," he said.

He said reconciliation and nation building needed to be considered when renaming streets.