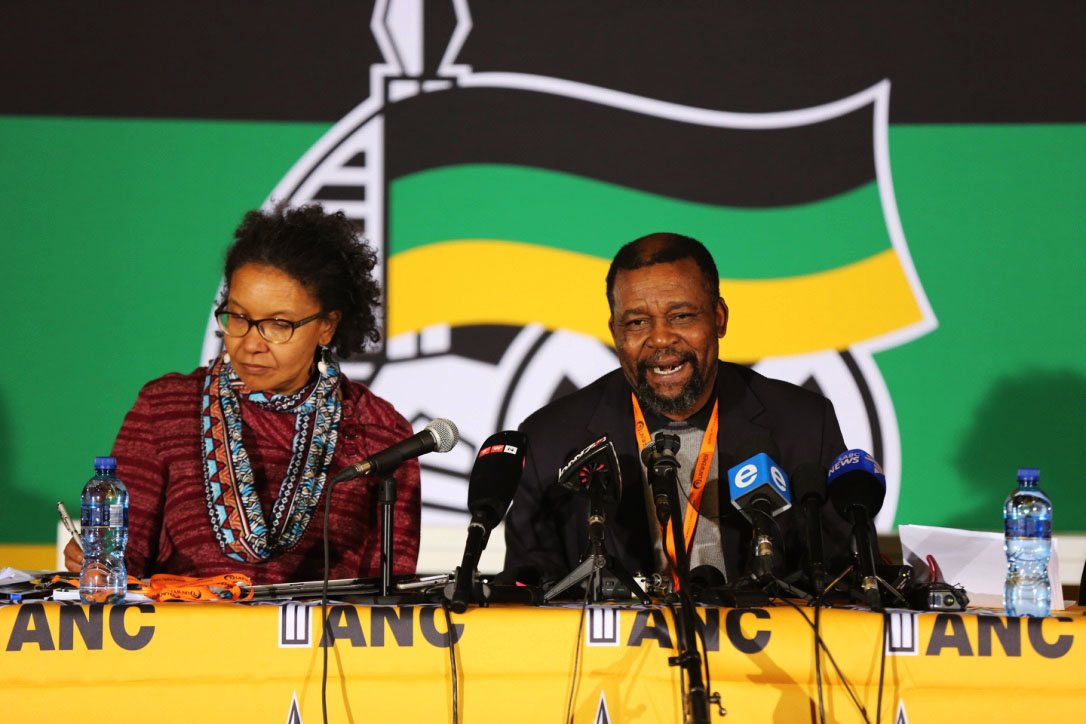 ANC's Febe Potgieter Gqubule and Joel Netshitenzhe addressing the media at the ANC National Conference in Nasrec Expo on 4 July 2017.

JOHANNESBURG - The ANC National Policy Conference (NPC) resolved not to use the term "white monopoly capital", the party said on Tuesday night during a feedback session on the Strategy and Tactics discussion.

"Nine out of those eleven commissions said the phenomenon of monopoly capital is a global one and it manifests itself in various parts of the globe.

"And in that context it would not be correct to characterise ours as simply white monopoly capital. That relationship that we were describing will apply whether it's Indian or whatever other categories you can think about," Netshitenzhe said.

Netshitenzhe: The ANC's relationship with monopoly is of cooperation and contestation. Courtesy DStv 403 pic.twitter.com/w6UYrHJV6E

#ANCNPC Netshitenzhe: There is a challenge of monopoly companies in such a way that they undermine societal interests.

#ANCNPC Netshitenzhe: I don't claim to have researched where term WMC came from.That Bell Pottinger coined it may not be entirely accurate.

He admitted that the party's integrity was also under threat.

"You will be aware that the title of this document is enhancing the organisation's integrity in order to intensify action towards a democratic society.

"It is for the first time that the ANC in its strategy and tactic document refers to the issue of organisational integrity.  If the ANC does not experience the turnaround it will not be able to construct that national democratic society that it aspires to."

#ANCNPC Febe: The powers of the ANC Integrity Committee must be strengthened. Ppl should also be suspended while facing disciplinary action.