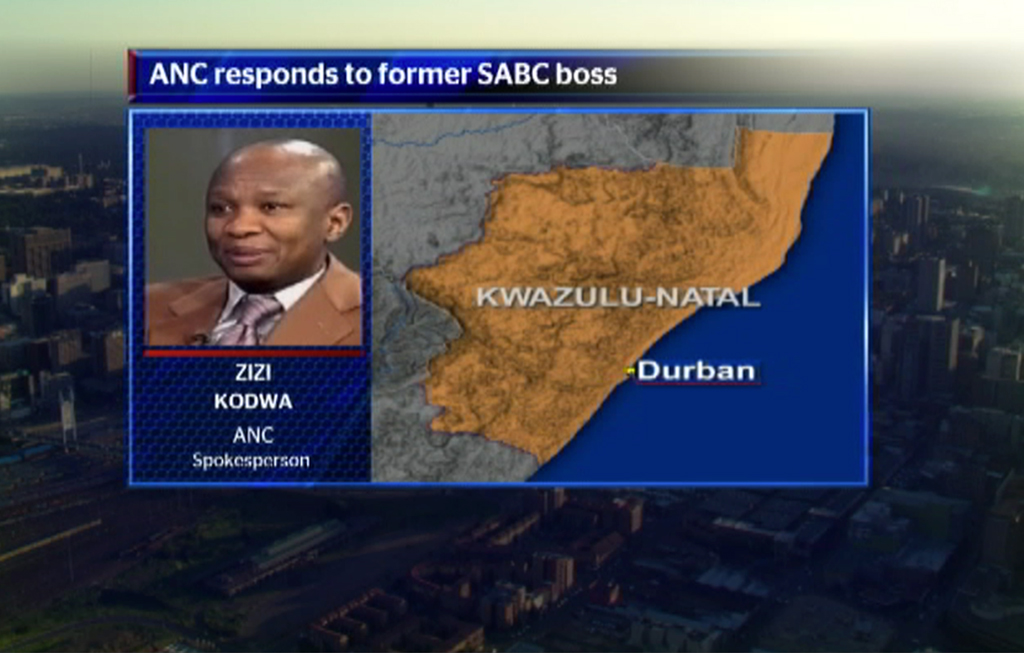 JOHANNESBURG - The ANC has responded to allegations that government interferes with, and influences editorial policy at the SABC.

Former CEO of the public broadcaster Jimi Matthews made these allegations during an interview with Eusebius Mckaiser on eNCA&39;s new current affairs programme &39;Meet the Media&39;.

WATCH: Jimi Matthews admits SABC would be better off without Hlaudi

During the interview ANC Spokesperson Zizi Kodwa said the ANC is against any form of censorship but they can&39;t accept Jimi&39;s revelation that SABC COO Hlaudi Motsoeneng is institutionalising the organisation.

I&39;m also stunned by Jimi Matthews agreeing Hlaudi Motsoeneng leaving would be good for the SABC. Contradicting his affidavit. MeetTheMedia

Kodwa said the ANC never gave instructions to anybody that certain political parties should not receive coverage from the broadcaster.

I hear that JimiMatthews is revealing the satanic decisions of SABC against the EFF, & how they are fearful of the EFF. Someone must fall.

The ANC spokesperson also said his party&39;s name is being used to justify wrong decision taken at the SABC.

Click on the above video for the full report.

Meanwhile the DA said the ANC has declined their request for an Unusual Meeting of the Portfolio Committee of Communications.

The DA said in a statement on Sunday that it wanted Motsoeneneg, and Communications Minister, Faith Muthambi to appear in Parliament to answer for the chaos at the SABC.

"We wrote to ANC Chief Whip, Jackson Mthembu, who passed the matter to the ANC&39;s Cedric Frolick, (Parliament&39;s Chair of Chairs) who declined the request and indicated that a meeting can only take place after the election".

According to the DA "Mr Motsoeneng was deployed to the SABC to do the ANC’s bidding during an election ... Waiting until after the election stands to serve the ANC".

The party said if a meeting does not happen the ANC will be in dereliction of its constitutional duties to conduct oversight over the SABC.