ANC should be worried,says Maimane 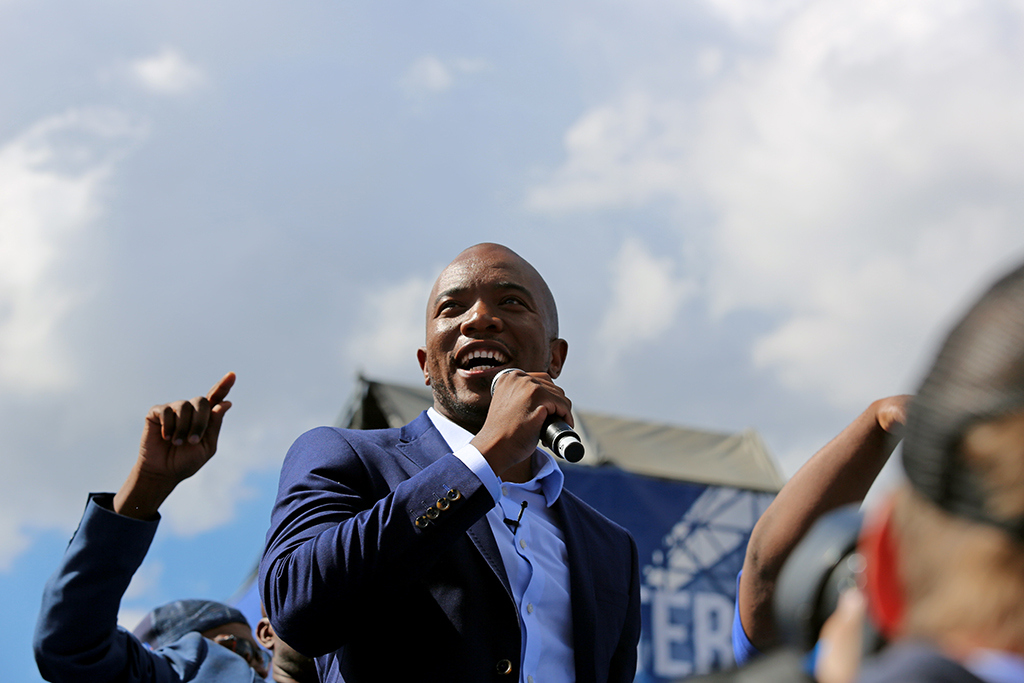 "I like what the president said yesterday. He said they would would be embarrassed if the DA wins here. I think they are already embarrassed. They are already showing they can’t govern. We want to bring the change here," Maimane told reporters in Pretoria CBD.

"It’s now become clear when you see the ANC campaign, how intimidated they are, how they are now spewing more racist statements shows me that they realise they are under pressure. They are now using state funding to campaign and put billboards. It shows they are worried and they should be worried."

Maimane and the DA Tshwane mayoral candidate Solly Msimanga addressed media next to the party’s enormous yellow and black billboard on which was written "Thoko Didiza proudly brought to you by Jacob Zuma" along Pretorius Street in Pretoria CBD.

The DA had promised to unveil members crossing the floor from the ANC, but the media briefing went on without the said supporters.

Msimanga told reporters that the new supporters were in Refilwe, east of Pretoria and had been intimidated before boarding the DA bus to Pretoria central for the event. He said the Maimane-led entourage was now heading to Refilwe after the media briefing.

"We had an issue with our bus and getting people here. We will be going to Refilwe where we have more than 100 people that will be moving away from the ANC, over to us. There has been talks of intimidation," he said.

"People tried to intimidate those who wanted to walk through but we won’t allow a situation where people are threatened. This is a democratic country. We will ensure that those who want to cross over from the ANC, do it without intimidation. We will be on the ground to support them."

With around three weeks before the watershed August polls, Msimanga said the DA was now intensifying its campaigns across the Tshwane metro, in a bid to unseat the ANC.

"The ANC is now using Thoko Didiza as a new broom, but you cannot have that new broom be handled by the same person that has been sweeping halfway. We need a new broom, held by a new person to make sure that the sweeping is done afresh. We will continue to take the war to the ANC. Thoko Didiza won’t bring anything to this city, she is an extension of Jacob Zuma," said Msimanga.

He said massive state resources were being used around ANC campaigns by the Tshwane municipality.

.@MmusiMaimane: Eat those food parcels that they bring every five years. But VoteForChange and vote DA! pic.twitter.com/i3NUaz04mb

"If you look around Pretoria central today, normally you would have Tshwane metro police officers placed at every corner. Today they are not here, they are in Mamelodi where Thoko Didiza is talking to the people of Mamelodi. You don’t need law enforcement or protection against the same people that you want to vote for you," said Msimanga.

"If Thoko is is so confident of the support she enjoys in the township, then she doesn’t need hundreds of metro police officers to be deployed in Mamelodi today to ensure that she is protected. As we have been going, we don’t have bodyguards, we don’t have hundreds of people protecting us. We are taking the people into our confidence."

Msimanga said the DA was set to make "a major embarrassment come August 3" for the ANC in Tshwane.

.@MmusiMaimane: As DA we come in peace. We don&39;t carry guns to initiate change. Change will come at the ballot box! pic.twitter.com/5KWhJXYKmn