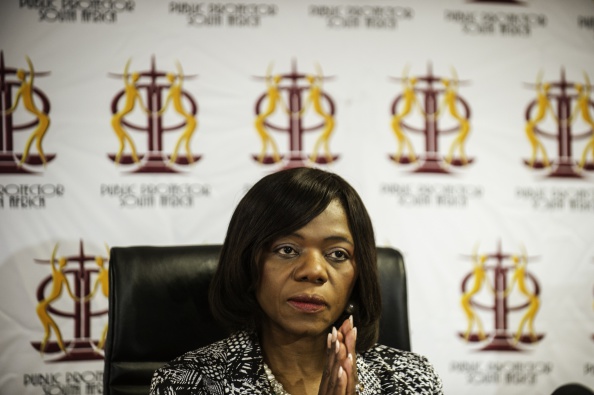 CAPE TOWN - The African National Congress (ANC) on Monday said Public Protector Thuli Madonsela lacked wisdom and was risking the impartiality of her office by filing papers with the Constitutional Court in the case brought by the Economic Freedom Fighters on the Nkandla controversy.

“The Public Protector’s decision to legally align herself with a political party, regardless of whether it breaks any law or not, is ill-advised, unfortunate, and has the potential to fundamentally dent that chapter 9 institution’s reputation as an institution that is politically impartial,” the office of ANC chief whip Stone Sizani said in statement.

“It makes a mockery of the very principles she ought to uphold in the eyes of the public.”

Madonsela earlier this month submitted an affidavit to the court which could see her become an amicus curiae in the case in which the EFF is seeking to force President Jacob Zuma to reimburse the state a portion of the funds spent on upgrading his Nkandla homestead.

The left-wing party’s approach to the highest court hinges on section 167(4)(e) of the Constitution, under which the court may decide whether the legislature or president had “failed to fulfil a constitutional obligation”. The EFF argues that this applies because Zuma failed to implement Madonsela’s directive that he repay money spent on his home.

Madonsela submitted an affidavit to the court and made clear that her position is not one of either supporting or opposing the EFF’s argument, but that she has an interest in how her report and her powers are interpreted. The case is expected to be heard in February next year.

Last week, her insistence that her findings are binding on organs of state was vindicated by the Supreme Court of Appeal.

The court dismissed an appeal by SABC chief operating officer Hlaudi Motsoeneng against an earlier Western Cape High Court ruling that he must be suspended from the broadcaster while he is subjected to a disciplinary process.

The court expanded at length on the powers of the Public Protector, holding that the earlier high court pronouncement that her directives were not binding in the manner of court judgments had caused confusion.

The court said the only route open to those who disagreed with remedial action the chapter nine institution ordered, was launching a review process in court. While it was applying this to the Motsoeneng case, its pronouncement could also impact on the Nkandla matter. The SCA explicitly said that nobody was allowed to order a parallel investigation and prefer its outcome to that ordered by the Public Protector, as effectively happened when Police Minister Nathi Nhleko contradicted her and absolved Zuma of any responsibility.

The ANC is yet to comment on the SCA ruling. But on Monday it said Madonsela was making herself the hand-maiden of opposition parties.

“Legal cases brought by the likes of the EFF and DA, far from being about the defense of the rule of law and the Constitution as they often claim, are naturally driven by oppositional political interests. It would be naive for anyone, least of all the Public Protector, to believe otherwise.

“If the Public Protector had similar interest in the legal matter brought by the EFF, she could have brought her case before the Court separately instead of jumping into a political bandwagon of the EFF. It is unprecedented that a constitutional institution would volunteer itself as a willing and useful vehicle for a political party’s agenda in this fashion.”

The chief whip again referred to Madonsela’s daughter Wenzile’s affiliation with the student branch of the EFF at the University of Pretoria.

“The Public Protector’s decision, including her attendance of the DA’s Women’s Day rally several years ago and the abuse of her position to personally advance a case brought by her daughter in her capacity as EFF member, only serves to fuel perceptions of pro opposition agenda bias. Her lack of political sensitivity and disregard for perceptions are reflective of someone who lacks wisdom and discernment.”