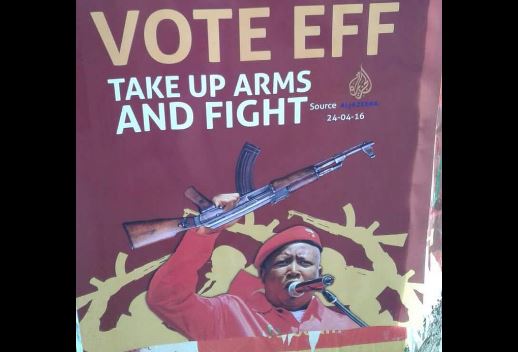 File: According to papers filed in court, the operation targeted the Economic Freedom Fighters (EFF) and the Democratic Alliance (DA).

JOHANNESBURG - The so-called “War Room” -- alleged to be an African National Congress (ANC) plan to discredit opposition parties during the 2016 local government elections -- was not a new thing within the governing party, the Congress of the People (Cope) said on Thursday.

Cope said the alleged covert project was used to target it after it was formed before the 2009 general elections.

“The ANC War Room is as old as Congress of the People. The ANC started its War Room immediately after the formation of Cope, it was in full operation during the 2009 national elections and Cope was the first victim of the War Room.

Cope, marred by a declining support base, is a breakaway party from the ANC, formed in 2008.

The “War Room” saga, which reportedly had a R50-million budget for last year’s local government elections, emerged after public relations practitioner Sihle Bolani took the ANC to court, seeking at least R1-million in overdue payments for work done for the party during the elections.

She claimed in papers in the North Gauteng High Court on Tuesday that she was part of a team working on the “War Room” project with Shaka Sisulu, a grandchild of anti-apartheid struggle stalwart Walter Sisulu and others.

Sisulu has since distanced himself from the saga, claiming that Bolani’s allegations against him and the ANC were false. According to Bolani’s papers filed in court, the operation targeted the Economic Freedom Fighters (EFF) and the Democratic Alliance (DA).

The papers further showed that ANC general manager Ignatius Jacobs signed an agreement to pay Bolani R1-million for her services, but that she was only paid R100,000.

On Wednesday, ANC secretary Gwede Mantashe said Sisulu was not an employee of the ANC, and that the party was not part of any covert operation.

The DA said it would report the ANC to the Independent Electoral Commission of SA (IEC) for possible flouting of election rules.

The party has further threatened legal action against the governing party.