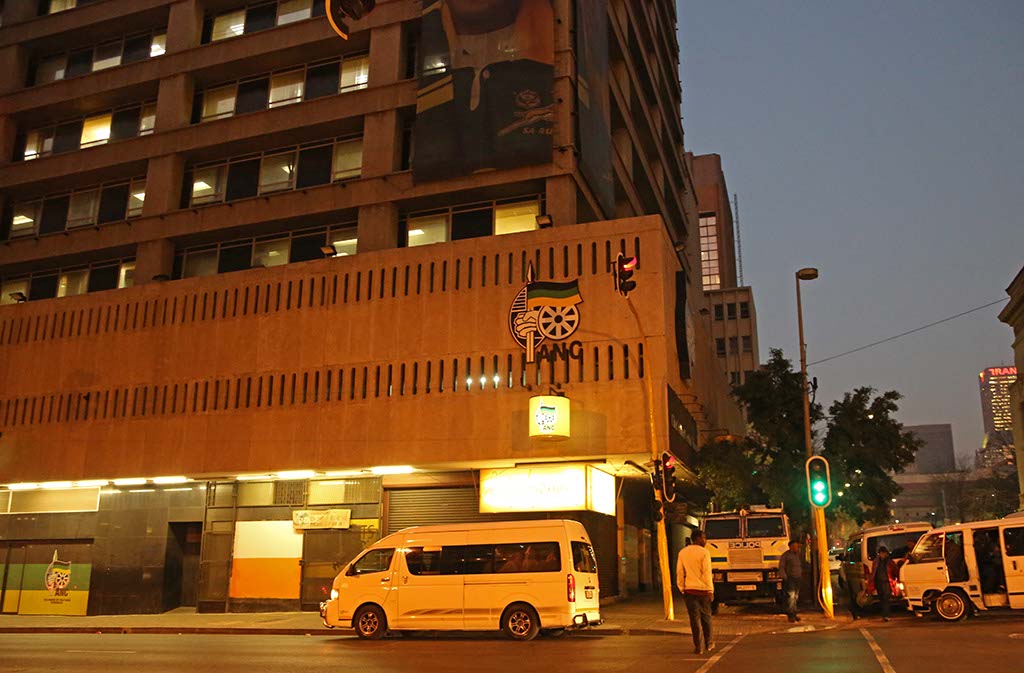 JOHANNESBURG – The ANC had once characterised The National Key Points Act as “the privatisation of oppression”.

The party has done an apparent about turn now that it’s in government, with security cluster ministers defending the Apartheid-era legislation in parliament and before the press.

President Jacob Zuma’s private home Nkandla has been declared a national key point and security upgrades, totaling R208-million, have caused a storm around the country.

But the ANC and its members had not been supportive of the law in the 1990s.

The ANC’s own website contained the party&39;s 1997 submissions to the special Truth and Reconciliation Commission (TRC) hearing on The Role of Business in which the party said the act “created another network of collaboration between the apartheid security forces and the private sector.”

The party made reference to the “greedy collaboration” between the state and private security sector.

"While the growing militarisation of our society in the late 1970s and through the 1980s constituted a huge drain on resources, thousands of private sector companies were happy to reap profitable private benefits for themselves."

"No doubt there were disadvantages for the private sector as a result of the increasing conscription of white males, and the growing need to spend large sums of money on company security. Despite occasional complaints about such "irritations", the track record of the private sector in the growing militarisation of South Africa through the 1980s was generally one of greedy collaboration," the ANC said in the statement.

Before the TRC, the ANC had said that “hundreds of installations and areas were designated as National Keypoints in terms of the legislation including mines, power stations, oil refineries and various factories.”

The party noted that the owners were required to pay for their own security.

Owners who didn’t do this were liable for a R20,000 fine or five years in prison, or both, if convicted for disobeying the law.

“Owners were required to provide and pay for security as well as set up security Committees jointly with the SADF which included recommended private security consultants. Provision had to be made for the storage of arms on the premises,” the party said in 1997.

The ANC also told the TRC that the legislation had the effect of shifting “some of the financial burden and responsibility for national security" onto the private sector, “releasing apartheid security forces for other activities.”

The party also noted that there was a “multi-million-rand bonanza” for the private security industry created by the promulgation of the act.

The party had also noted that the “publication of information on key points was prohibited, and subsidiaries were even prohibited from informing parent companies that their installation had been declared a key point.”

“We call on the business community both to acknowledge its role in the militarisation of our country, and to indicate precisely what relationship it had with covert units of the apartheid state responsible for gross violations of human rights,” the ANC said at the time.

The ANC has declined to comment on its 1997 views on the act, party media liaison officer Khusela Sangoni said.

In parliament, members of the party have come out in defence of a law it had previously severely criticised.

“Security concerns around the strategic institutions and infrastructure must be located within the current global context where terrorist activities are on the rise and South Africa, playing an ever increasing role in the African continent and the world, becomes more exposed,” said Public Works Minister Thulas Nxesi while speaking in Parliament on November 8.

“Is the National Key Points Act relevant and necessary in a democratic South Africa. Part of the onerous legacy of Apartheid is the existence of the huge body of legislation. All of which over time needs to be reviewed and brought into compliance with the new democratic constitution."

"There is no doubt that some of these residual policies, legislation and practices may not fit comfortably with the new ethos. But while we search for proper alternatives, it would be irresponsible to allow for a policy vacuum, especially in areas which involve national security," Nxesi said.

“All democracies in the world have National Key Assets or critical infrastructure,” she said.

“If it appears to the Minister at any time that any place or areas is so important that its loss, damage, disruption or immobilisation may prejudice the Republic, or whenever he considers it necessary or expedient for the safe of the Republic or in the public interest, he may declare that place or area a National Key Point,” the law reads.

The Apartheid government had been motivated for the need for the act by saying that the country “finds itself in the midst of an unconventional war which up to now has been of relatively low intensity.

“However, it may be expected that in the future the terrorist onslaughts will increase both in frequency and intensity....The private sector is in the front line of a terrorist onslaught. The enemy threatening us can best be combated by a calm and determined Government, public and business community...” the Defence Ministry had said in 1980.

The police minister, who is now custodian of the law, is in the process of amending the act.

The document will “provide clarity on the declaration of a National Key Point, with an intention of addressing misconceptions and guide the review of the Act,” he said.

“The policy is being finalised as we speak.  The review of the Act will include a public consultation process which will commence in early 2014 and will culminate in the tabling of the list of all National Key Points at the Joint Standing Committee on Intelligence,” Mnisi said.