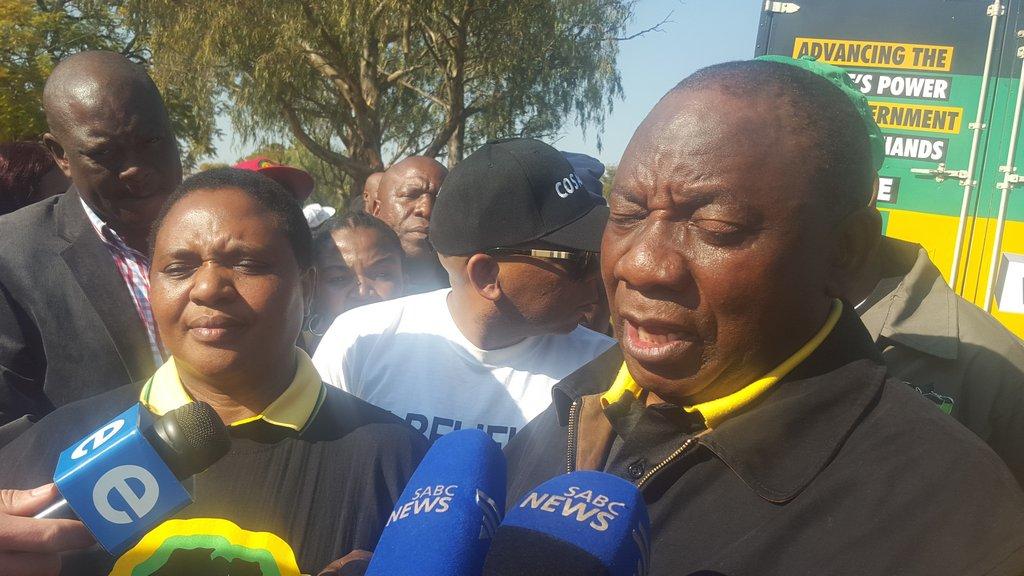 “I am confident [of victory] and it is not just hearsay. It is because of the work that we have been doing within communities and their confidence in the work of the ANC,” she told reporters after campaigning in Hammanskraal with ANC bigwigs, including deputy president Cyril Ramaphosa, Gauteng deputy chairman and premier David Makhura, Tshwane chairman and current mayor Kgosientso Ramokgopa, and his deputy Mapiti Matsena.

“The ANC makes communities feel that there is hope for tomorrow, if they are with the ANC. That is what makes me confident.”

One by one, the ANC politicians appealed to Hammanskraal residents to vote for Didiza in the August 3 local government elections. Ramaphosa said there was “total unity” within its Tshwane structures in the mission to outwit the opposition and retain the capital city.

“This has been a longstanding programme. We have been sending all our key officials on a programmatic basis to all areas and we are working. There is total unity of effort. Total unity of intent on all our part and this is the drive of the ANC. This is what we do best to win elections,” he said.

Ramaphosa told the crowd of ANC supporters to vote for Didiza as she would continue on the successful path of outgoing mayor Ramokgopa.

“Comrade Thoko Didiza should be the next mayor to work for us. Comrade Ramokgopa has given her the seat to take the work forward as he is going somewhere else. Thoko Didiza will indeed take the good work forward and we must go and vote to support her,” said Ramaphosa.

Ramokgopa said he was aware of the numerous problems haunting the Hammanskraal area but was confident Didiza would take the baton and improve the lives of the residents, made up mainly of poor households.

“We have programmes to assist the young people struggling with drugs. We take them to rehabilitation centres and when they finish we train them or take them to schools. We know that our people are struggling to pay bills like electricity. We, however, urge households depending solely on social grants to register with the municipality and receive free electricity supply and water. The social grants should be used to buy food.

“On August 3, and those who vote in the special votes before then, remember to vote for Thoko Didiza and the ANC. She has the full knowledge and wisdom to take this city forward. We have asked the ANC to bring comrade Didiza to come and take forward this great city and improve our people’s lives,” Ramokgopa said.