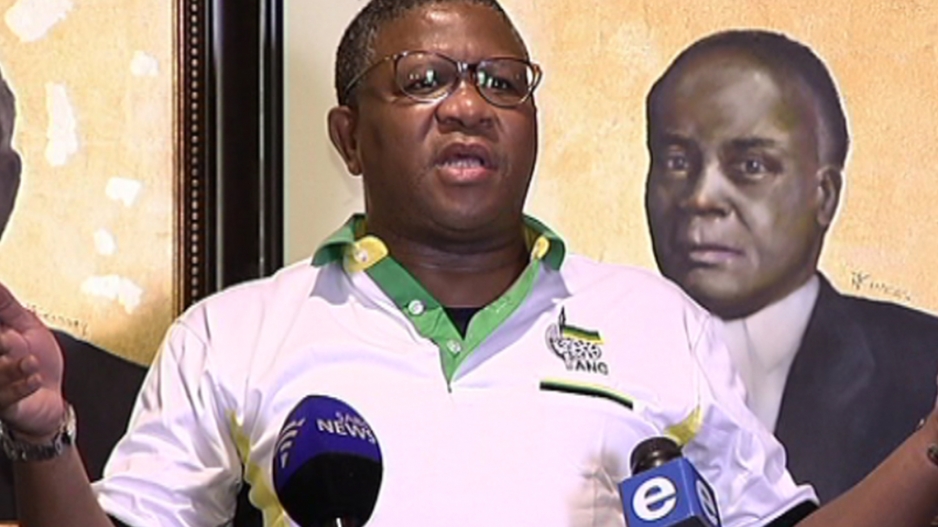 Earlier this week, the governing party said broadcasters would only be allowed to take one camera into the stadium and would not be allowed to interview any supporters in the stands. PICTURED: FIKILE MBALULA

JOHANNESBURG – The African National Congress (ANC) on Friday denied allegations that it was planning to censor the media from broadcasting negative footage at its 105th year birthday celebrations on Sunday.

This comes after broadcast media houses, supported by the South African National Editors Forum (Sanef), raised concerns over the party’s decision to supply media houses all the footage of the event via its own outside broadcast van.

Head of the ANC’s organising committee, Fikile Mbalula said media houses were “exaggerating” the issue as the party did not plan to prohibit the broadcast of any footage and images from the event, adding the ANC was only documenting its own history.

Mbalula was speaking during a media briefing at Orlando Stadium in Soweto on the state of preparedness for the ANC’s annual 8 January statement event.

“The ANC has become so innovated to become the first to design its own outside broadcast for its own archives and link with the press. Concerns were raised and we are handling those issues with your people at a technical level,” Mbalula said.

“There is nobody that is going to be stopped from accessing that point. When the issue of muzzling Parliament was done, we all know what happened. All what we are doing is that we are bringing control and at the same time archiving our own story. There is no red zone.”

Mbalula said this was not the first time the ANC had done this, as it had introduced this concept during its “Siyanqoba Rally” in July 2016 and there were no issues then.

But Sanef chairperson Mahlatse Gallens was still dissatisfied with the arrangements and requested that the party hold another meeting with concerned media houses to iron out the issues.

“They are saying that broadcasters will only be allowed one camera inside the stadium; And once there is controlled feed, then the ANC decides on where to focus cameras,” Gallens said.

“We saw this happening in Parliament when the EFF was being beaten up and the camera focused on the Speaker instead of what was happening in the House. Why are you limiting free access to media houses?”

In the end, Mbalula agreed that the party would have a follow-up meeting with the media.