ANC's land expropriation without compensation long over due: PAC 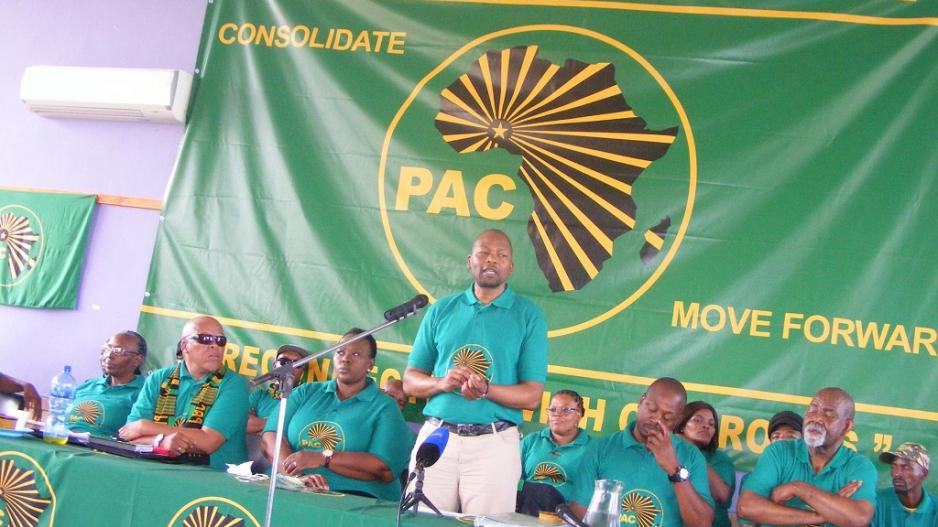 Newly appointed PAC president Narius Moloto addresses members of his party during a conference at the Mdala Environmental Centre in Mpumalanga.

JOHANNESBURG – The Pan Africanist Congress (PAC) has welcomed the recent proposal by the ANC to expropriate land without compensation, saying that it had always held the belief that land reform in South Africa should not involve the exchange of money.

At its 54th national conference in December, the ANC adopted a motion to amend Section 25 of the Constitution in order to allow the state to expropriate land without compensation, but did not set a deadline for when this should be achieved.

PAC president Narius Moloto said in a statement that the contentious land ownership issue had come back to haunt South Africa after having been ignored for decades.

“The PAC’s view is that the historic Act of Union is the Achilles heel that was assimilated with subtlety into the 1996 constitution of South Africa as the Property Clause 25. This clause protects the naked robbery of colonial conquest made on the land of the indigenous people.

“The PAC the only liberation movement that is on record as having raised its objections to the Property Clause when it was submitted to the interim constitution during the multi-party negations of 1992-1993 in Kempton Park and we still hold the same view after 25 years, we have not changed.”

Moloto also criticized some political parties, though not naming them, for encouraging communities to occupy land illegally without having the constitutional clearance to do so.

“The advent of modern confidence tricksters, who come in the form of political parties vying for popular votes while selling out the material and spiritual interests of the African people, must come to an end. Expropriation of land without compensation may only be considered by the constitutional court when public interest has been identified,” Moloto said.

“Con artists should not use this emotive issue of the land to pull wool over the eyes of the African masses. The real question is who expropriates and in whose interest, is the land taken back. The land and its surrounds belong to the African people.”